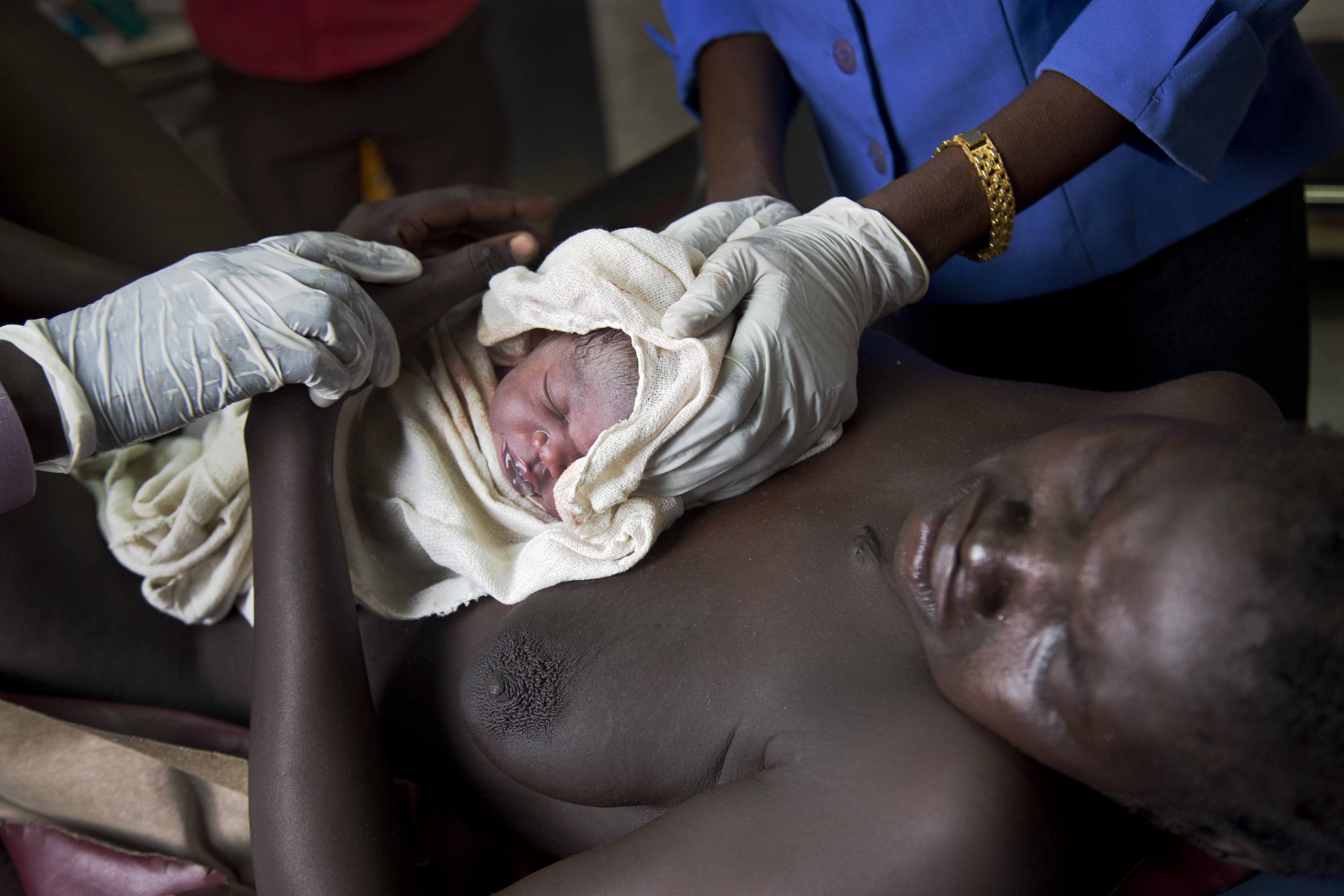 Ding, 18, holds her newborn baby for the first time at the Juba Teaching Hospital in South Sudan. The country has one of the world’s highest rates of maternal and infant mortality.

Sandra, 14, married three years prior, holds her 5-month-old son, Alexander in Peten, Guatemala. She met her husband, 26, when she was just 11. “I don’t have parents, I grew up with my aunt and uncle after my father died. My mother moved to another community. She abandoned me,” she said. “I would like to have a girl for my next baby. I would like her to study.” 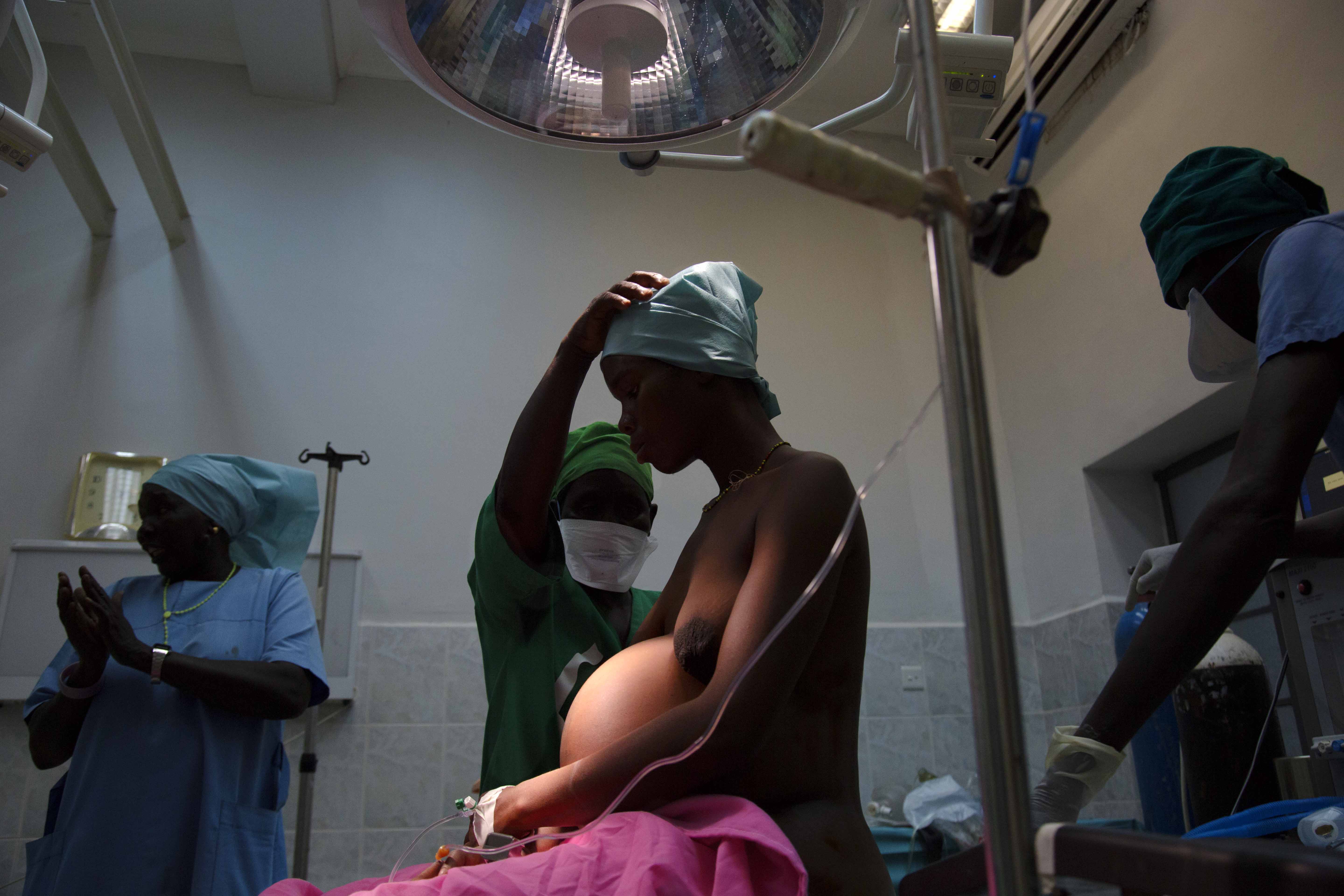 Lillian prepares to give birth to her second child by Cesarean section at Juba Teaching Hospital in South Sudan. The electricity temporarily went out during her operation. Still, Lillian is one of the lucky ones. For many child brides in remote villages, Cesarean sections are not even an option and girls must suffer through hours of obstructed labor with no access to medical intervention. Her baby dies inside her and has to be extracted, sometimes piece by piece. 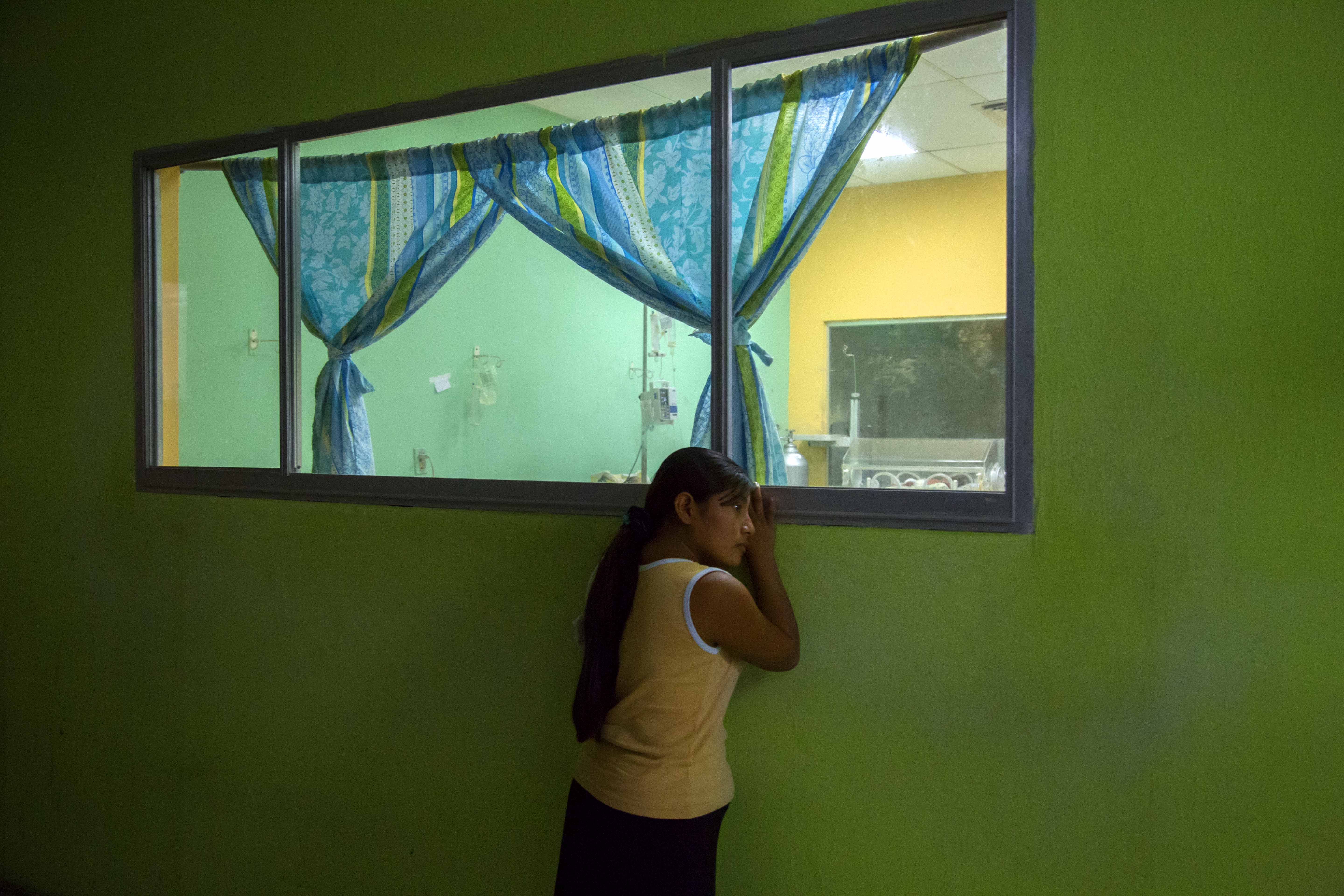 Rosario, 14, peers into the neonatal ICU of Hospital San Benito in Guatemala. “Our girls believe they were brought into this world to be a mother,” said Dr. Daniel Alvarez a pediatrician at the hospital. “When she is 12 she is used to raising her siblings. She doesn’t go to school, she is not literate. We need to give more power to women to make good choices.” 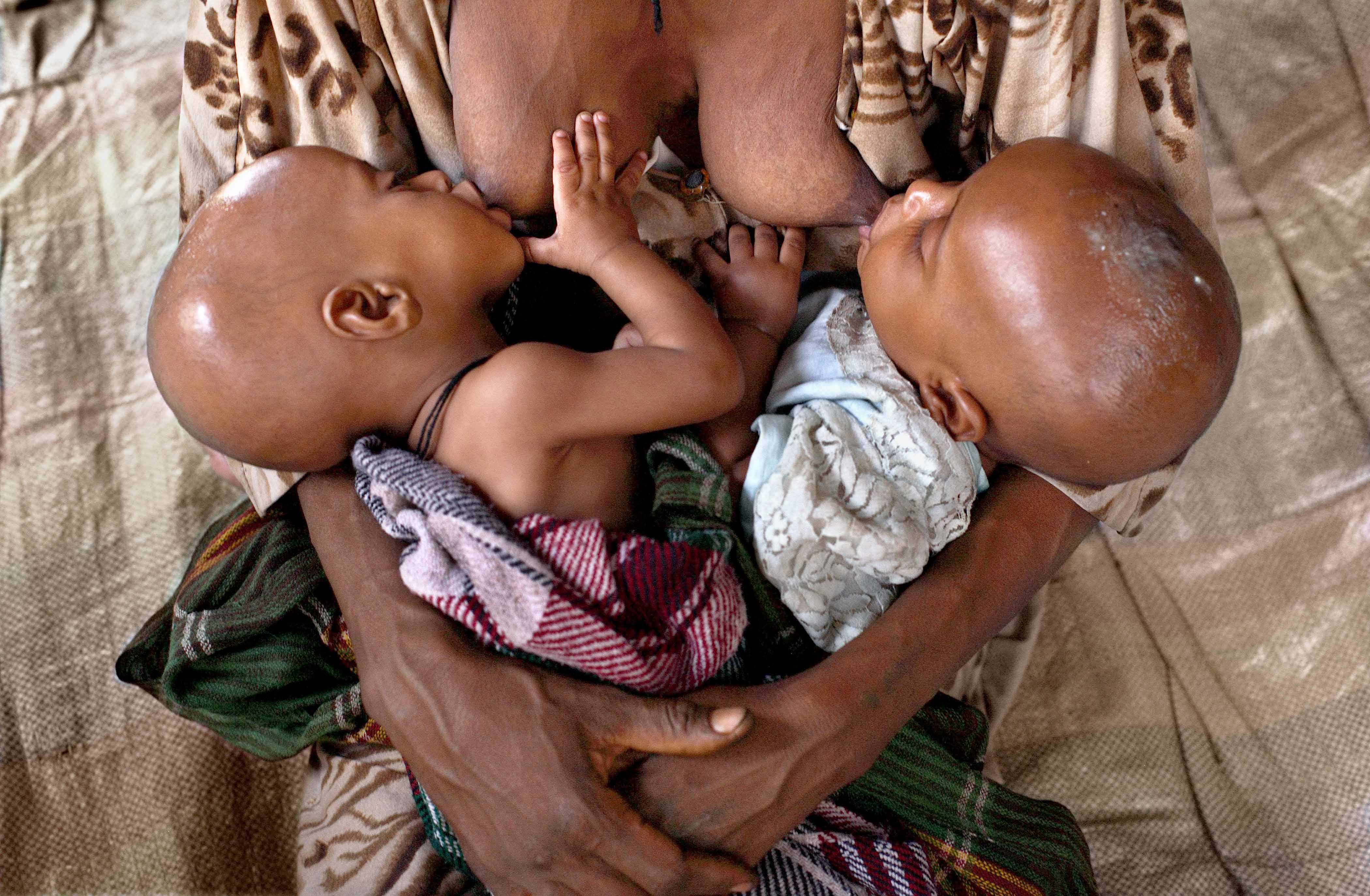 Agere, 32, breastfeeds her twin newborns in Bahir Dar, Ethiopia. Agere was married at age 12 to her husband who later gave her AIDS. The twins have tested HIV positive, and now abandoned, she does not have enough money to buy them uninfected milk. 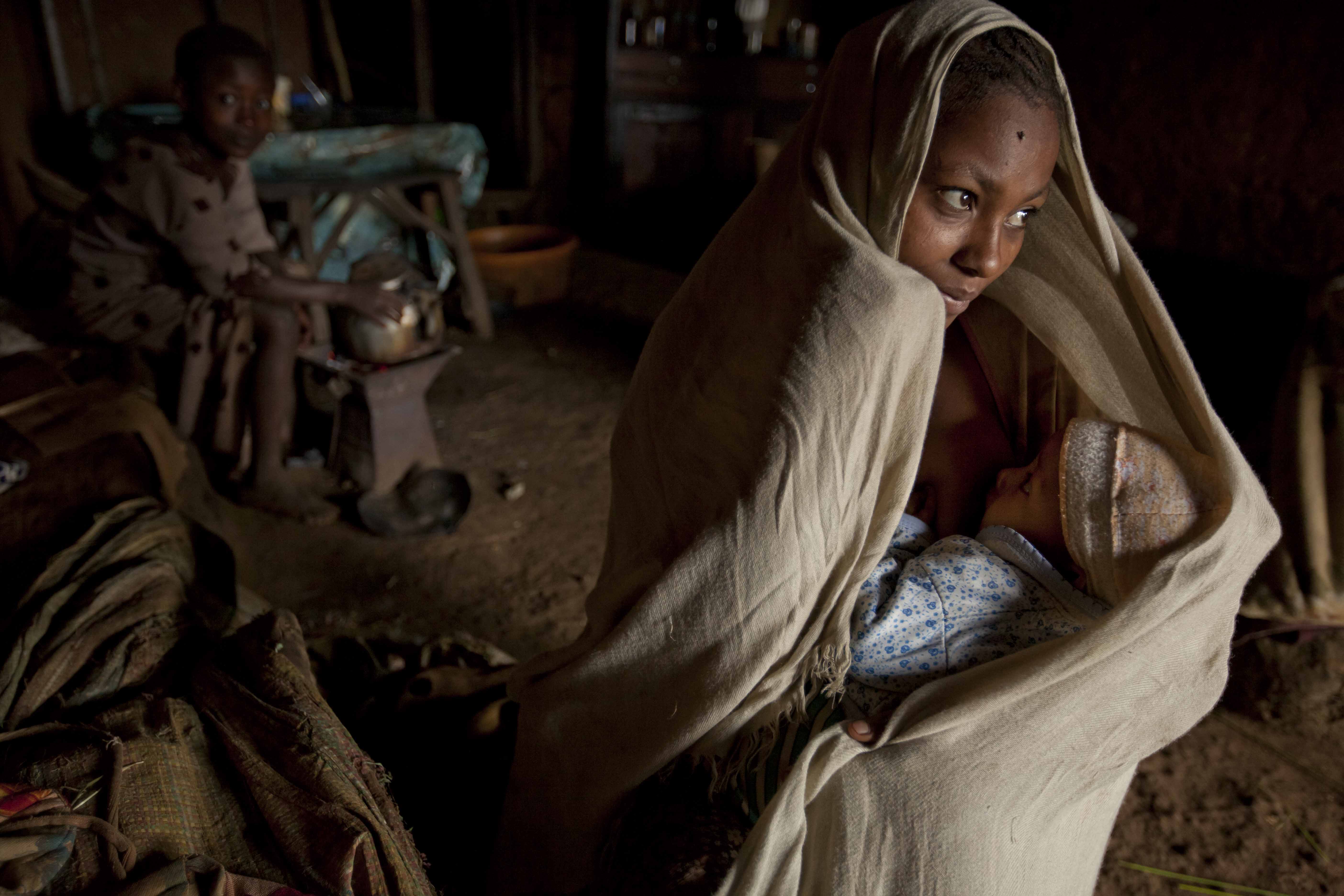 A teenage girl breast feeds her baby in a rural area outside Bahir Dar, Ethiopia. Her husband was maimed shortly after they were married, and her lack of education means she must live with her family indefinitely. 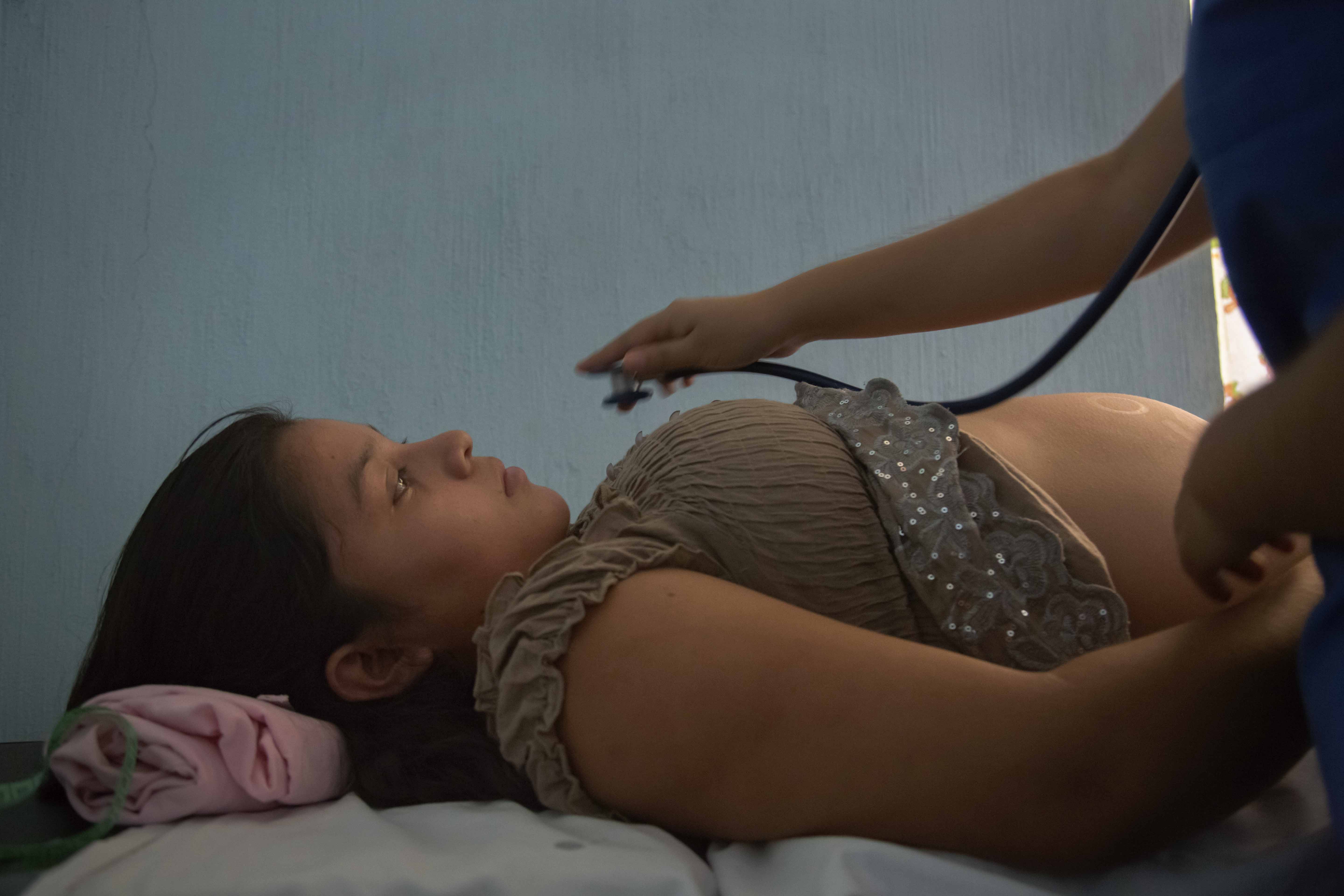 Beverly, 16, and 6 months pregnant with her first child, is evaluated inside the San Benito Youth Clinic in Guatemala. She entered into a civil union at 15. 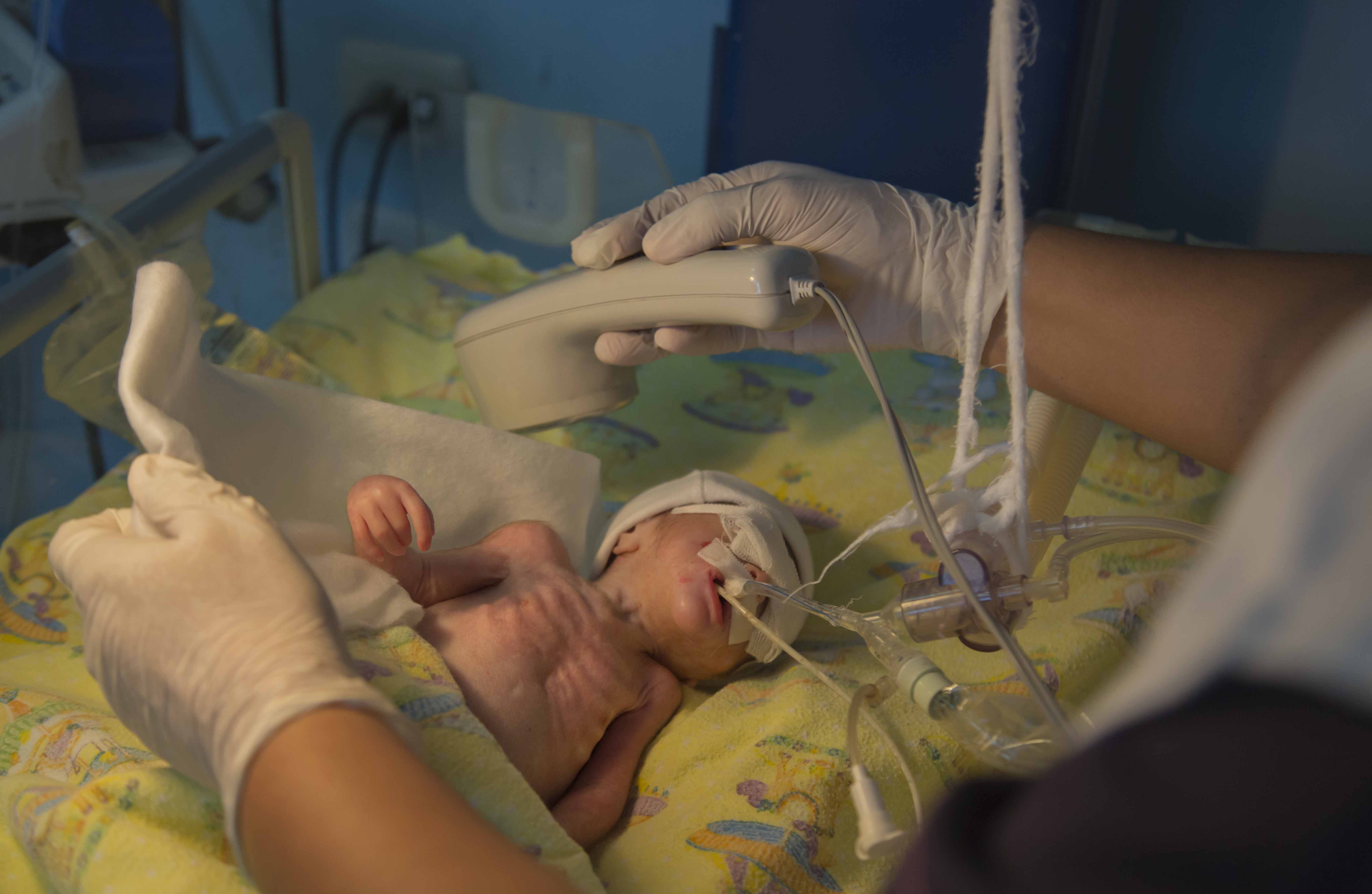 A newborn child of a 14-year- old mother is treated in the ICU of Hospital San Benito, Guatemala. The baby boy was born premature and weighed only 1.3 kilos. “He is still very small and not physically ready yet. His chest muscles get tired very quickly so we cannot remove the tube until he gains some weight,” said pediatrician Dr. Jessica Gonzales. “The mom being only 14 years... really they don’t know what they are facing.” 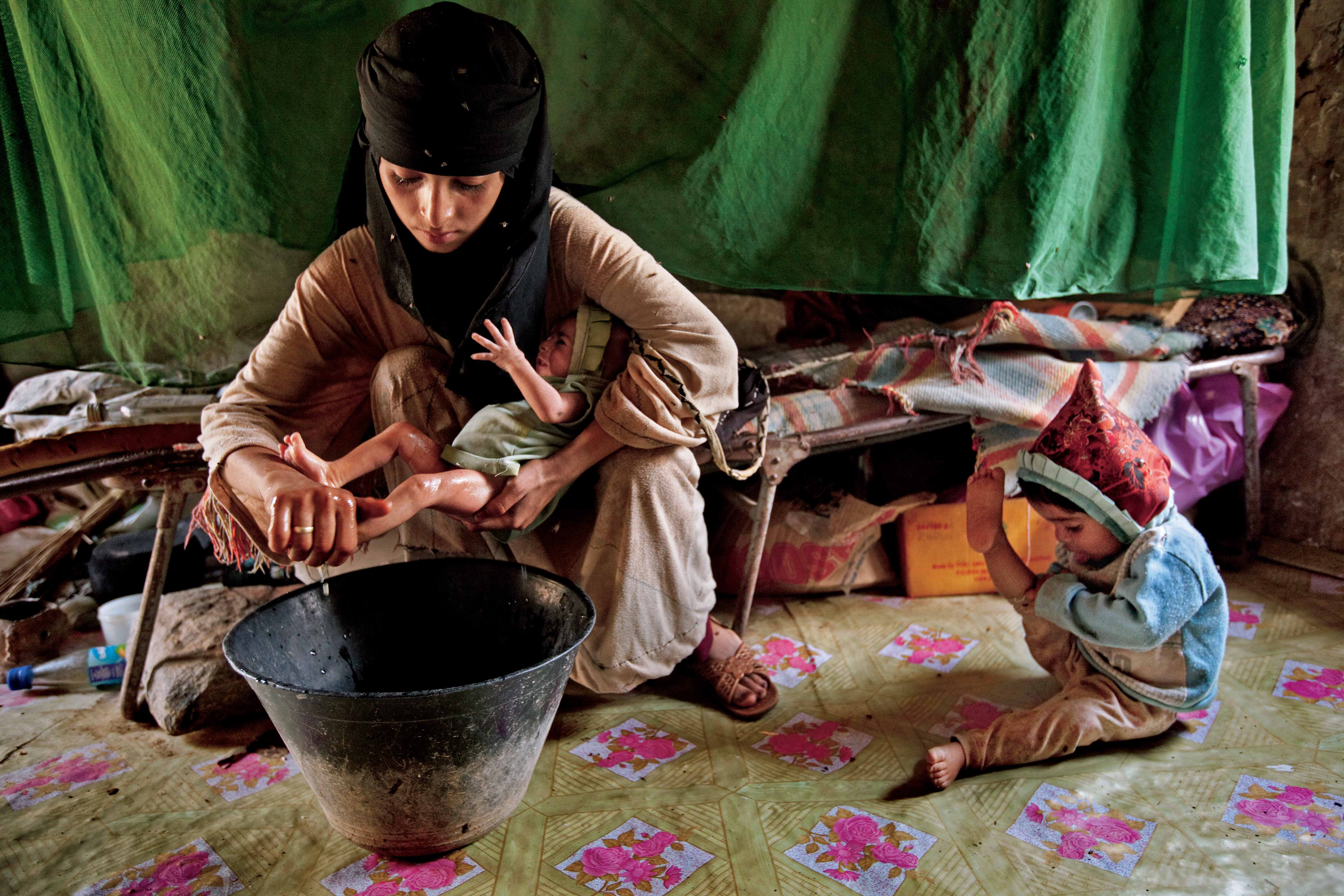 Asia, 14, washes her new baby girl at home in Hajjah while her 2-year- old daughter plays. Asia, still bleeding and ill from childbirth, has no education or access to information on how to care for herself. 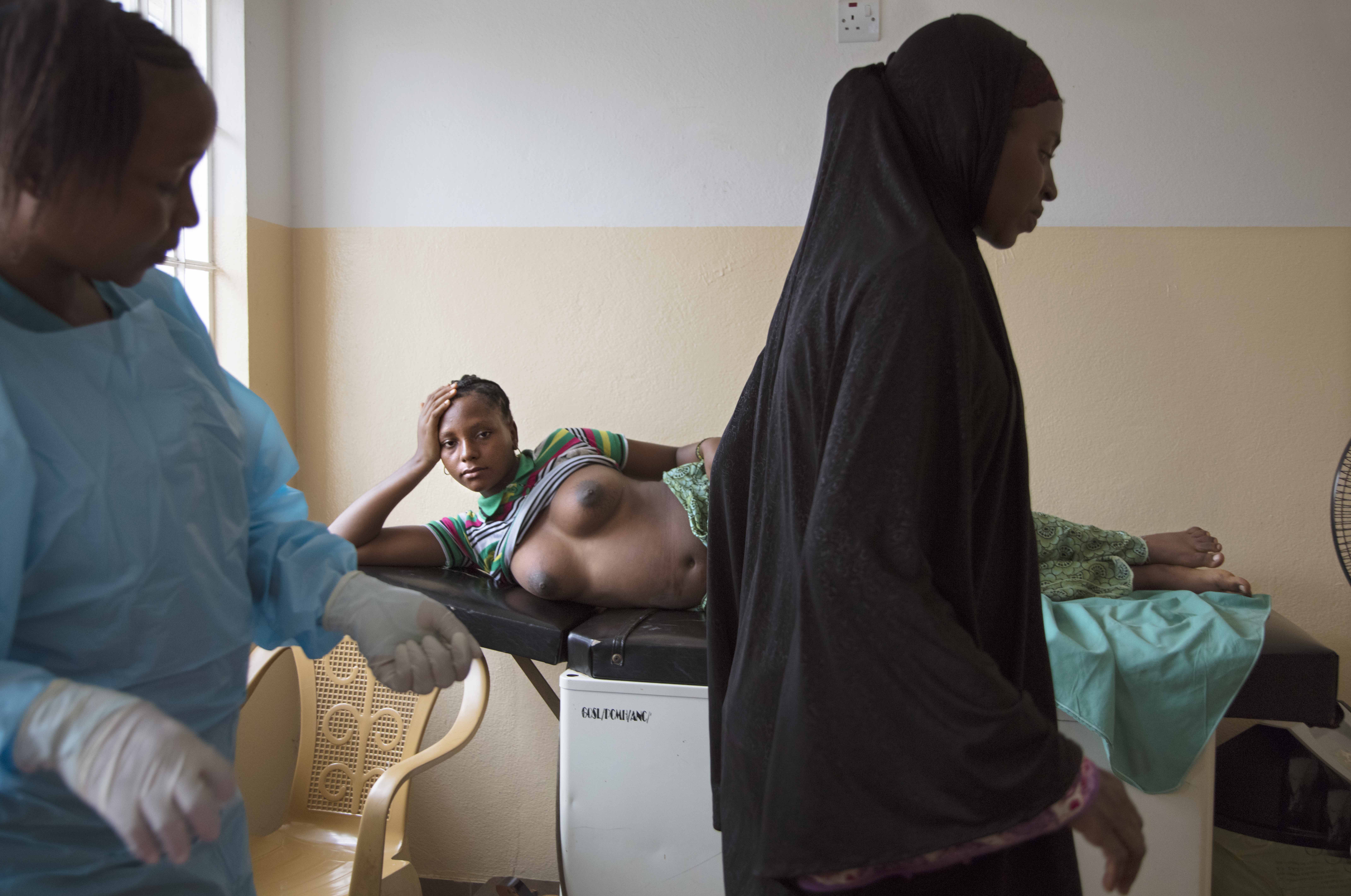 Married and unmarried girls are examined inside the Antenatal Unit of the Princess Christian Maternity Hospital in Freetown, Sierra Leone. 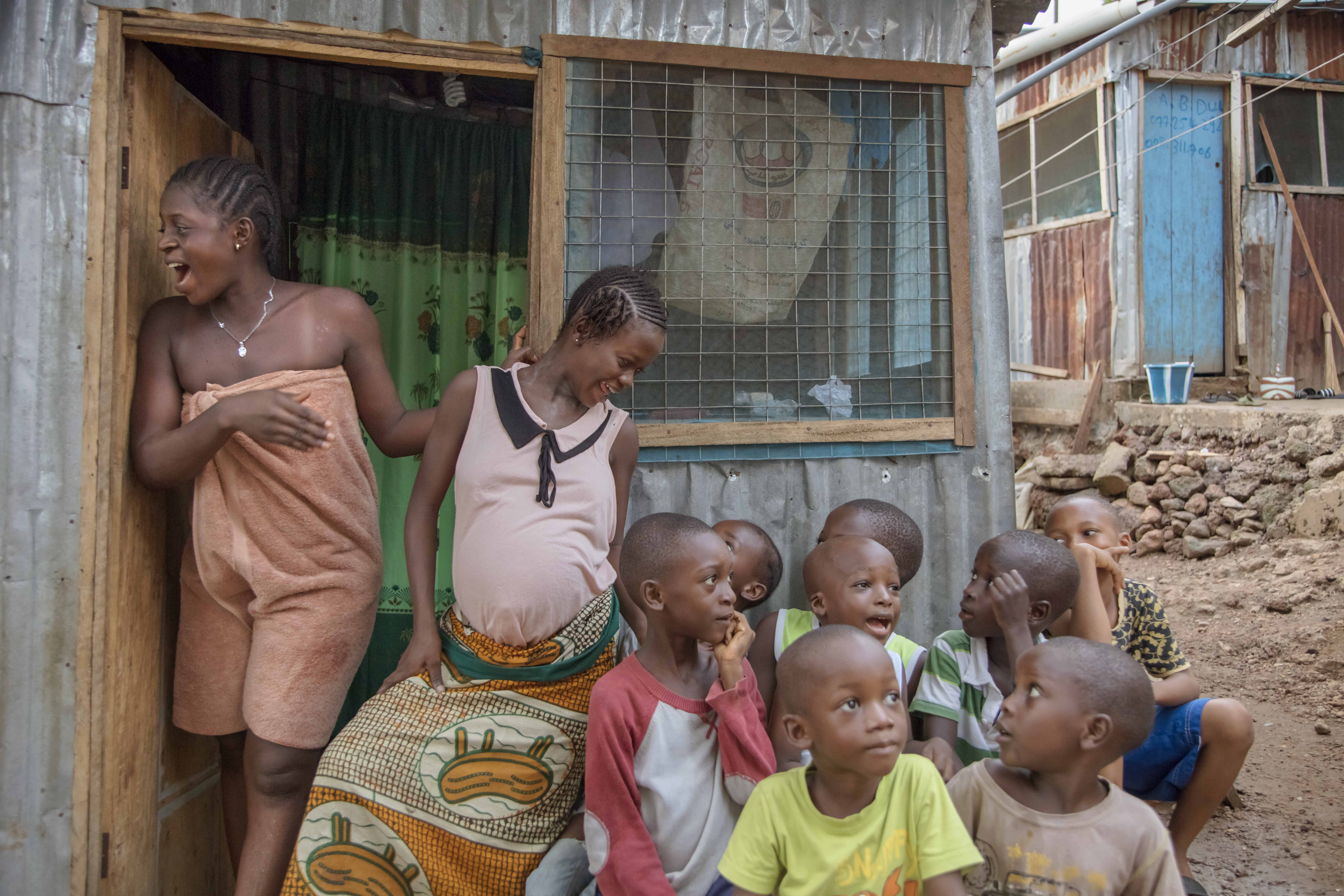 Sarah, 14, was raped and impregnated by a school aged boy against her will in Freetown, Sierra Leone. He fled the area, but she was then forced to live with his family, who are now her legal guardians. 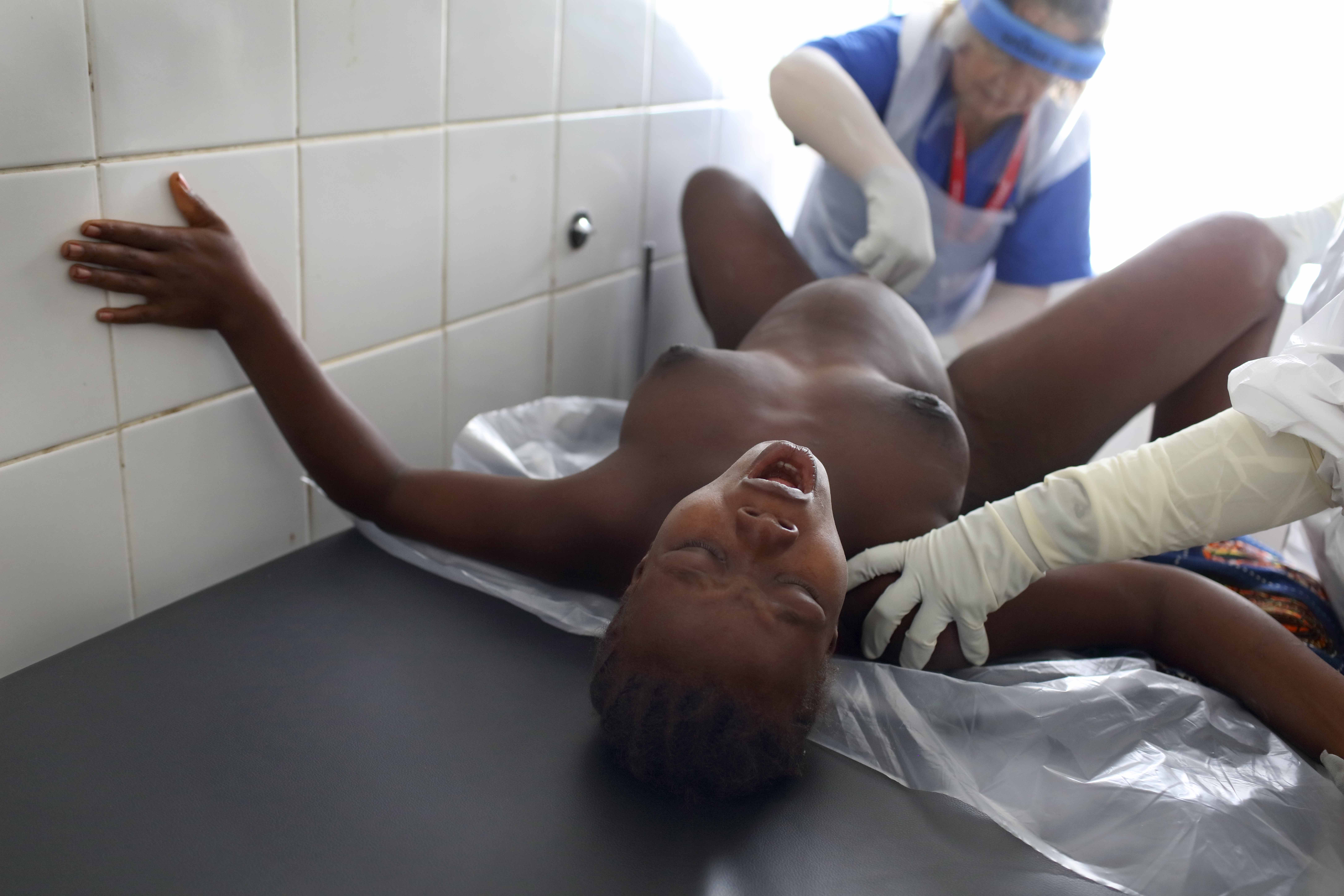 Fermata, 17, delivers her child alone, with no family to accompany her, at the Princess Christian Maternity Hospital in Freetown, Sierra Leone.