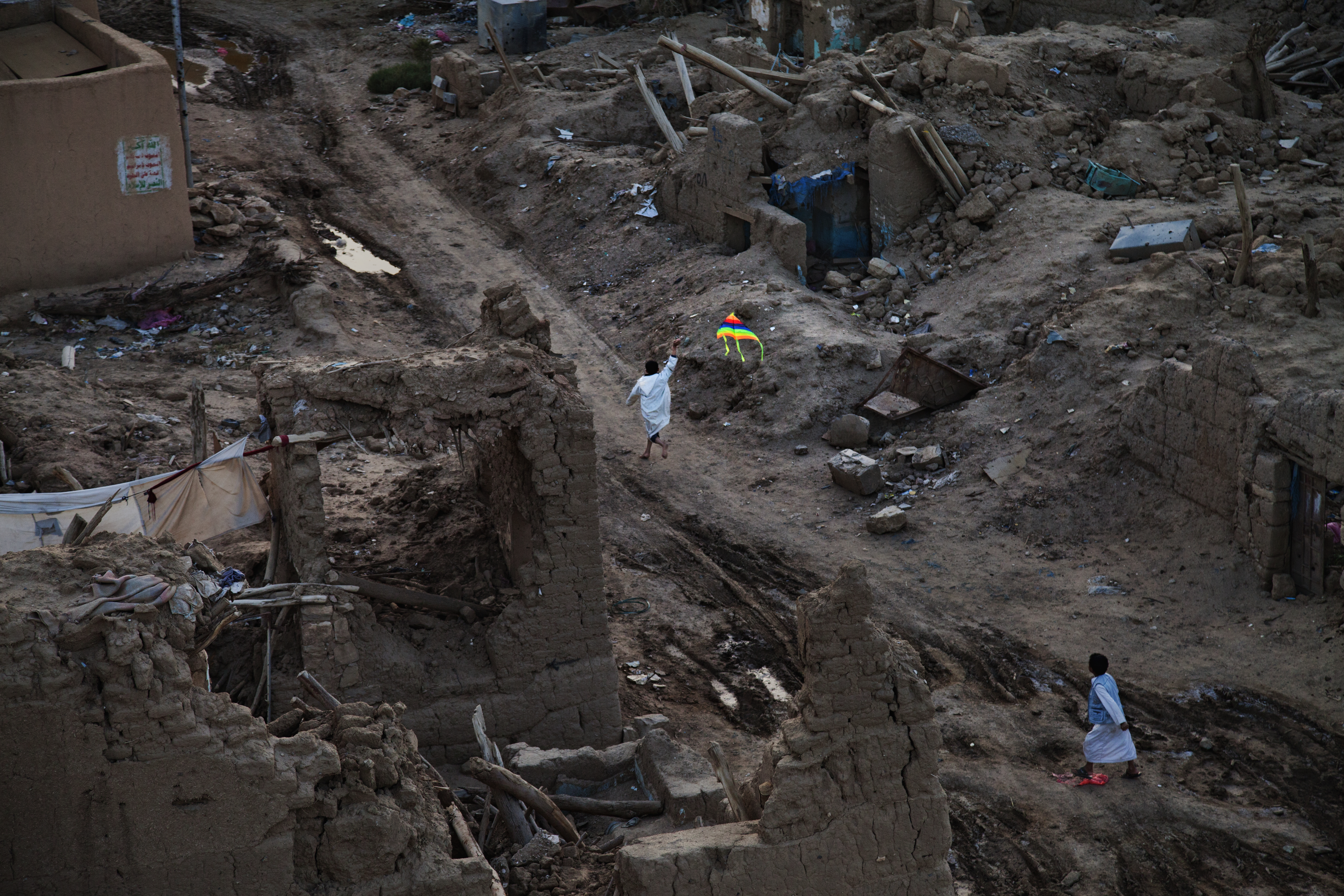 Above, children play amongst the rubble in Yemen. Rates of child marriage have risen to 65 percent since the start of the most recent conflict.

The worst cases of child marriage most often occur in humanitarian settings. Our emergency fund supports the immediate needs of the most vulnerable and disempowered people we encounter in our work. When we don’t have the resources, we tap into our network.

This special grant, named after dear friend and TYTW’s first major donor, the late Laurel Borowick, provides emergency assistance and education to girls in humanitarian settings where child marriages are often most common.

Our inaugural grant went to local partner Solidarios Sin Fronteras to help provide daily breakfasts to 525 schoolgirls in war-torn Yemen, where a looming famine makes child marriage an increasingly attractive option to families desperate for one less mouth to feed. The United Nations has called the U.S.-backed, Saudi-led war on Yemen the world’s worst humanitarian crisis and a recent study estimated that more than 65% of Yemeni girls are now being married off before 18, compared to 50% before the conflict began. Our program provides emergency assistance and education to girls in humanitarian settings where child marriages are often most common. At 48 cents per meal, this year’s grant provided girls in need with 25,000 healthy breakfasts over nearly three months, incentivizing parents to value education over early marriage. 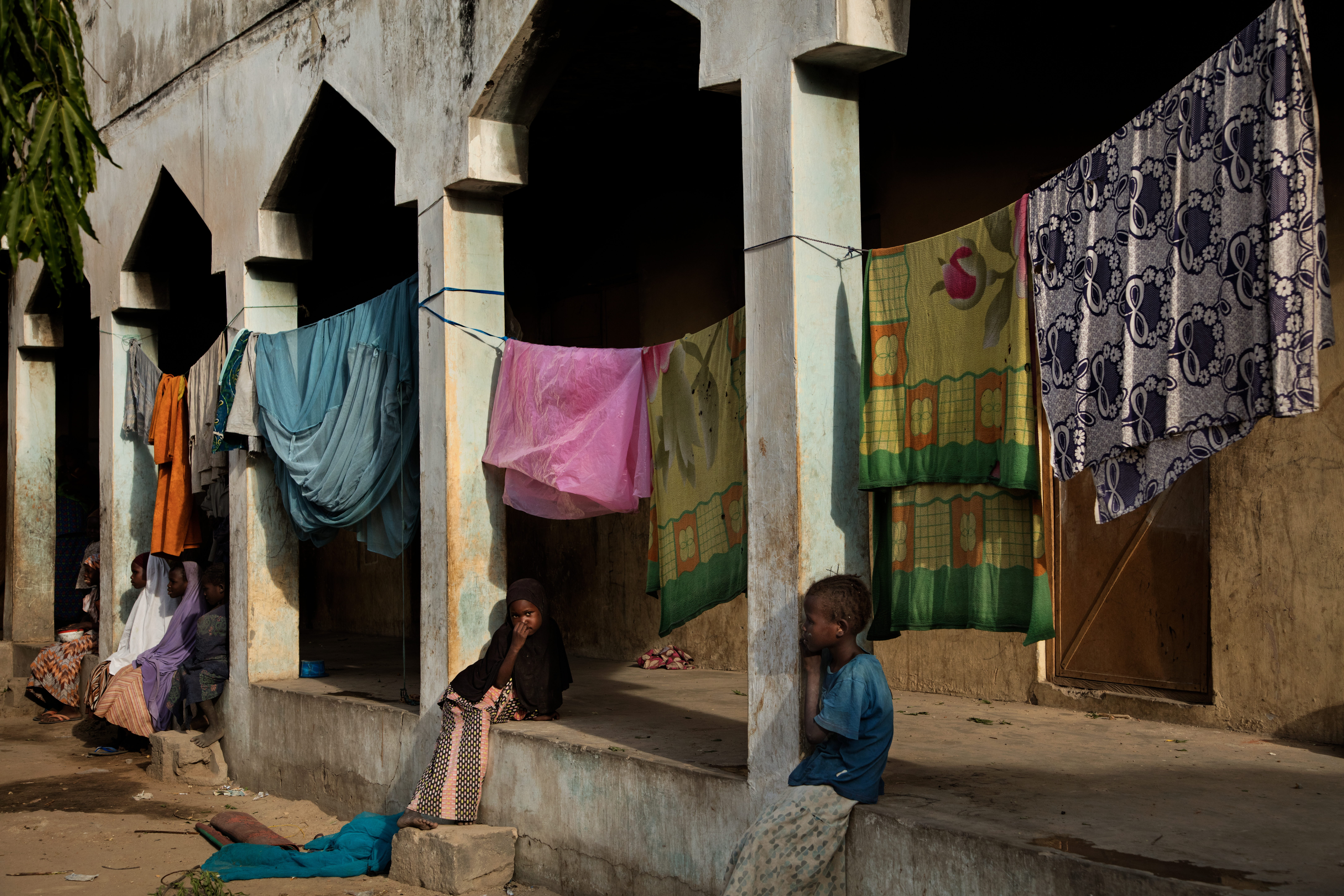 Above, young girls at a refugee camp in northern Nigeria, close to where the Boko Haram insurgency began.

In March 2018, TYTW brought two teenaged Boko Haram survivors, Hauwa and YaKaka, to share their stories before 32 members of U.S. Congress. As a result, bipartisan resolutions condemning Boko Haram and calling for increased resources to end the conflict and support survivors were introduced in the House and Senate. Their visit was covered by world class media outlets such as PBS Newshour, National Geographic, NPR, Reuters, The Washington Post, Now This News and Amy Poehler’s Smart Girls educating hundreds of millions globally. Hauwa and YaKaka’s education is also supported by TYTW scholarships.

TYTW has been working in partnership with the Intercommunity Developmental Social Organization (IDS), a local community group, to help provide basic necessities for the girls we interviewed in 2016. Emergency packages were delivered to 15 survivors and their families, including clothing, food, cooking supplies. Additionally, leadership scholarships, vocational training, case management, psychosocial support and agro-based interventions have been offered to beneficiaries and their families. In the refugee camps, shelter has been provided for 150 additional girls and young women who escaped their forced into marriages to fighters.

Above, Kagati community members rebuild following the 2015 earthquake that devastated their village.

Since 2007, TYTW has been educating the world about the consequences of child marriage in Nepal through stories and photographs published in The New York Times, National Geographic and other esteemed international media outlets. In collaboration with Women Working Journalists, a local community group, TYTW is currently providing 25 multi-year leadership scholarships for girls and boys most at risk of child marriage in Kagati village.

Following the deadly 7.8 magnitude earthquake in 2015, TYTW quickly mobilized to provide emergency support to the families originally photographed eight years prior.  TYTW’s unique ability to connect partners on the ground was key to bringing assistance to the decimated Kagati village and led to the rebuilding of 50 homes as well as Sri Bhawani Secondary School's foundation, deemed structurally unsafe after the earthquake.

Latest Tweet
With thanks to Mankind Is My Business for their generous support of TYTW’s Butterfly Project. Photo by… https://t.co/0s7VbHQPtH
@2young2wed
Social Media