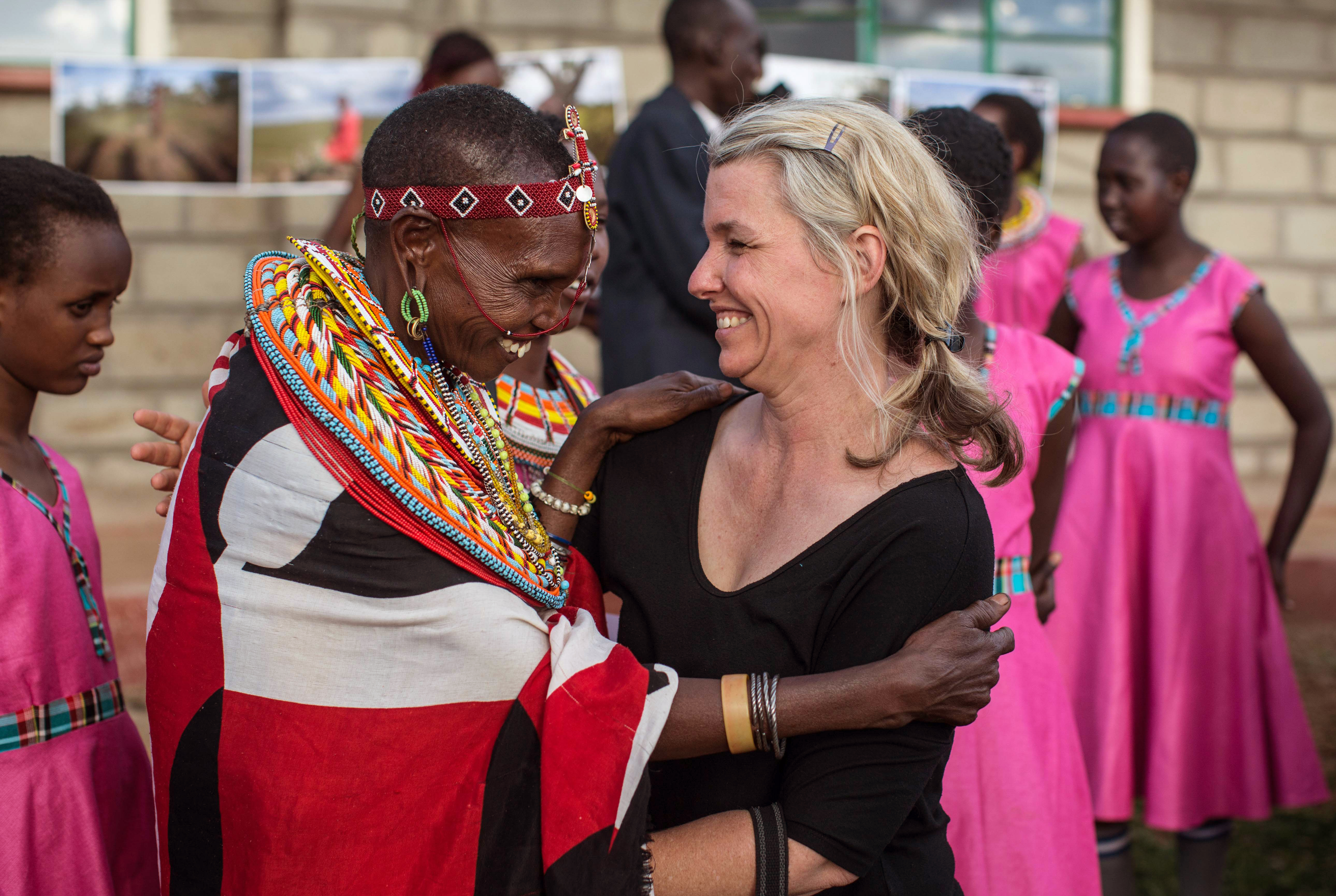 ABOUT US
OUR MISSION & VISION

Too Young to Wed's mission is to empower girls and end child marriage globally.

We envision a world where:

Every girl can decide for herself, if, when and to whom she will marry;

Girls are free to be children and teens, with access to gender-specific healthcare and all levels of education;

All girls are free to determine the course of their own lives.

Above, the mother of a Tehani Workshop participant in Samburu County, Kenya with TYTW Founder Stephanie Sinclair.

"Choices define us and allow us to realize our potential. Child marriage robs girls of this chance."
Archbishop Desmond Tutu and Graça Machel 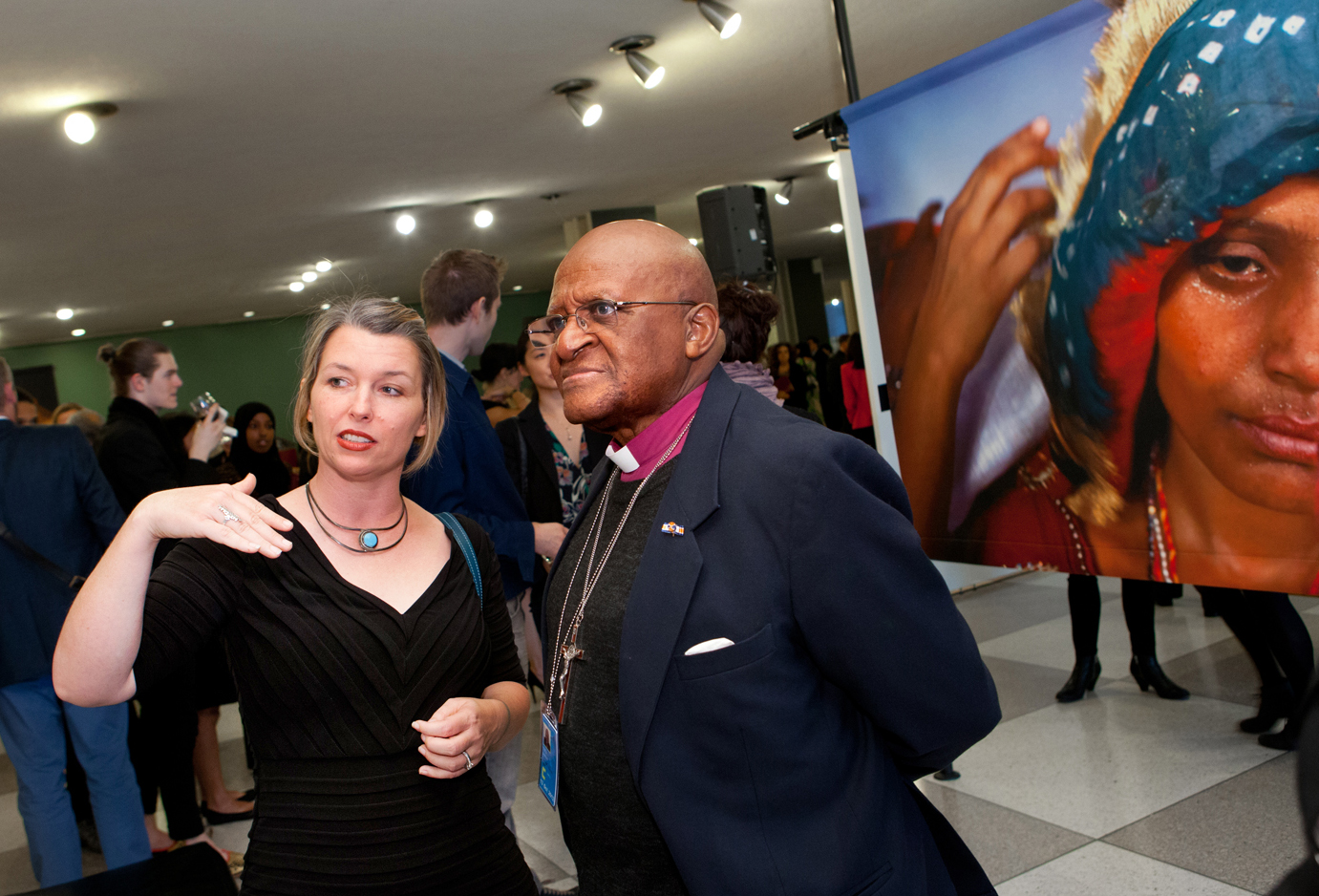 Above, Too Young to Wed Founder Stephanie Sinclair guides civil rights and humanitarian icon Archbishop Desmond Tutu through her seminal body of work on child marriage at the inaugural International Day of the Girl Child at the United Nations in New York.

Too Young to Wed traces its official launch back to October 11, 2012 - the first International Day of the Girl Child. Dignitaries from around the world gathered at the United Nations in New York City that day and, surrounded by photographs of child brides as young as five, pledged to do whatever it took to end child marriage.

But the initiative's roots stretch back another decade, to Herat, Afghanistan, where visual journalist Stephanie Sinclair was working on a story about girls and women who set themselves on fire. There, she discovered a disturbing pattern among the scarred patients in the hospital’s burn ward: Most of them had been forced into marriage as children. Horrified to learn that child marriage was common in communities throughout the world, Sinclair dedicated the next fifteen years of her life to documenting the practice in hopes of inspiring change.

Too Young to Wed’s international traveling photo exhibition is the centerpiece of our advocacy effort and features the haunting stories of child brides from Nepal, India, Tanzania, Ethiopia, Yemen, Afghanistan and yes, even the United States.

TYTW is a secular organization that works with some of the most difficult-to-reach, vulnerable girls in the world.

We partner with grassroots organizations providing direct relief to their own communities, instead of parachuting in without an understanding of contextual realities.

In some field programming circumstances, faith-based community organizations may be best-equipped with staff capacity and resources to offer substantial support -- especially during humanitarian crises. Occasionally, TYTW will partner with such organizations referred to us by local experts in order to best support our beneficiaries. TYTW does not partner with faith-based groups adherent to religions practiced outside of the beneficiary community. TYTW remains fully secular with no religious affiliations or agenda, and no TYTW funds are used for any religious purposes.