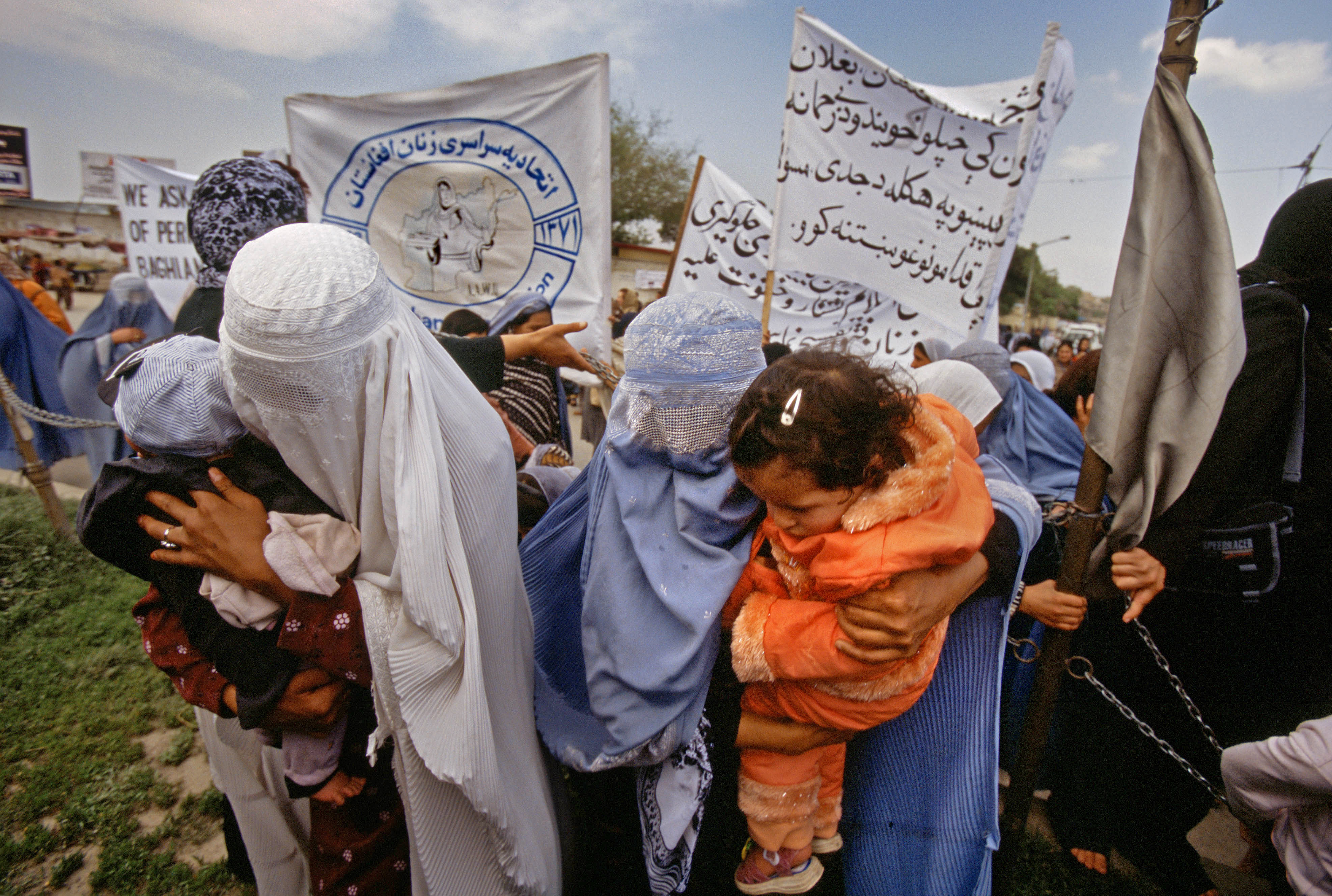 Harrowing reports are coming out of Afghanistan, detailing targeted violence against women and girls, including kidnappings, beatings, and forced “marriages” of prepubescent girls to Taliban fighters.

Each day that passes means an increased risk of violence, persecution, and death for Afghan civilians—especially for those who have courageously worked to speak out and advance the rights of women and girls (many of whom have bravely participated in TYTW’s advocacy work).

In August 2021, TYTW began an emergency initiative to work to arrange the safe evacuation of 200 high-risk female Afghan activists, journalists, and their families, taking care to keep them together as much as possible during the arduous asylum process. Among the individuals in the beneficiary group are six infants, twelve toddlers, schoolgirls, translators, television reporters, humanitarian aid workers, and an author who has written several books on Taliban rule and its repercussions for women’s rights. One advocate was beaten by the Taliban while pregnant with twin boys during Taliban rule, resulting in the stillbirth of both babies. 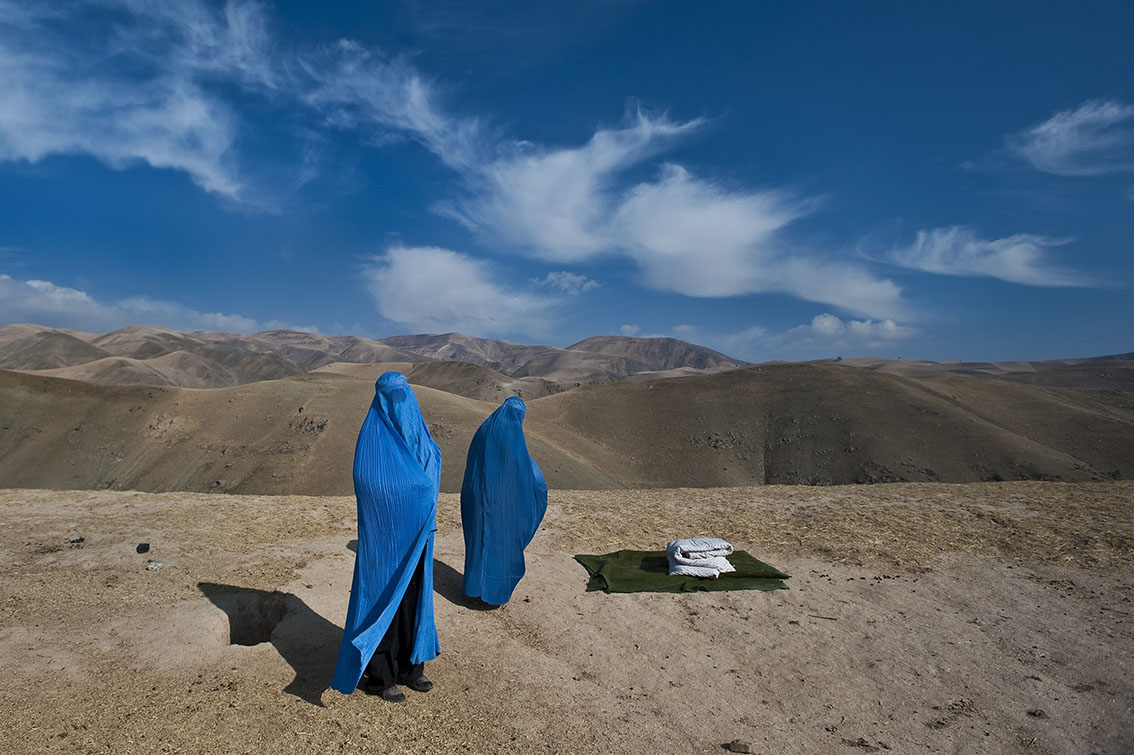 Noor Nisa, about 18, was pregnant; her water had just broken. Her husband, whose first wife had died during childbirth, was determined to get Noor Nisa to the hospital in Faizabad, a four-hour drive from their village in Badakhshan Province. Photograph by Lynsey Addario.

TYTW’s Afghanistan Emergency Initiative has been providing the following for Afghan families seeking asylum (including staff time dedicated toward fulfilling these duties): facilitation of visas, air travel, security assistance, ground transportation arrangement and cost coverage, securing letters and required documentation for individuals at risk, safe housing for those at highest risk, case management and referrals to appropriate care and resources, and support with basic necessities.

TYTW has been helping to ensure the women and families get to the airport safely by working with vetted organizations providing security assistance to civilians. We are advised by a private security firm, multiple US military and intelligence experts, and several seasoned conflict journalists. TYTW is in constant contact with our team of security experts, whose guidance we vigilantly follow, and relay to the families we are supporting. To date, we have facilitated approximately 150 extraction operations, succeeding in the safe passage and evacuation of 45 high-risk Afghans.

TYTW is also making emergency grants to local, vetted Afghan organizations aiding women and girls. We made our first emergency grant to the Afghan Women Network (AWN) to help support safe houses that are protecting women targeted by the Taliban. AWN has more than 3500 individual members and 125 women’s organizations in its membership. Monetary support for AWN was personally recommended to TYTW by Ambassador Melanne Verveer, who previously served as the first U.S. Ambassador for Global Women’s Issues (appointed by President Obama in 2009) and currently serves as Executive Director of the Georgetown Institute for Women, Peace and Security.

In full transparency, TYTW is growing increasingly concerned about the escalating violence at the airport. Our team has had to reroute increasing numbers of air evacuation missions due to security threats. While we are pushing forward to match people at the airport to flights via charter manifests, recent intelligence indicates that the airport gates may not reopen due to the security situation.

Considering the above change in circumstances, Afghanistan Emergency Initiative TYTW will be necessarily pivoting our in-country efforts to smaller, more covert safe passage missions for those who can move very quickly, evacuation missions via secure convoy through ground transportation to bordering countries (these operations will be more costly and more time-consuming, and require more robust security assistance), along with ongoing intelligence/security advisement for Afghan women and children at risk, access and transport to safe houses, food assistance, case management and documentation assistance, aid to fill critical gaps in border refugee camps, family reunification, and long-term resettlement assistance, including education support for Afghan refugee girls. Resettlement costs are highly dependent on family size, living arrangement, health needs of the family, and country of arrival and/or resettlement. 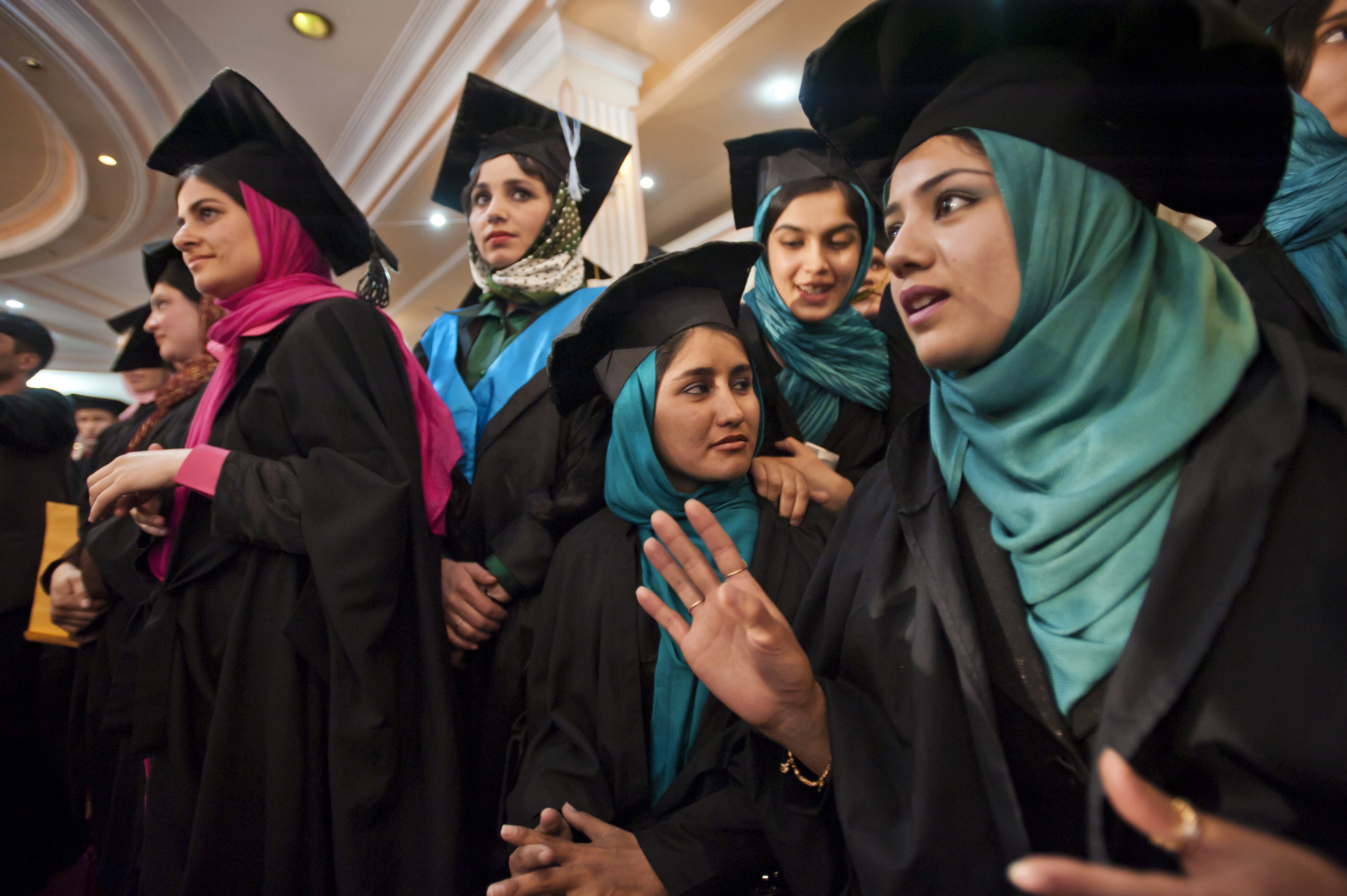 Members of Kabul University's class of 2010. The women pictured are graduates of the department of language and literature. This graduation was held under tight security at a hotel in Kabul because of an upsurge in terrorist attacks. Photograph by Lynsey Addario.

Latest Tweet
RT @UN: "Education means everything to me." "All of my dreams are ruined." Girls from Afghanistan joined @AminaJMohammed, @Malala &amp; other…
@2young2wed
Social Media