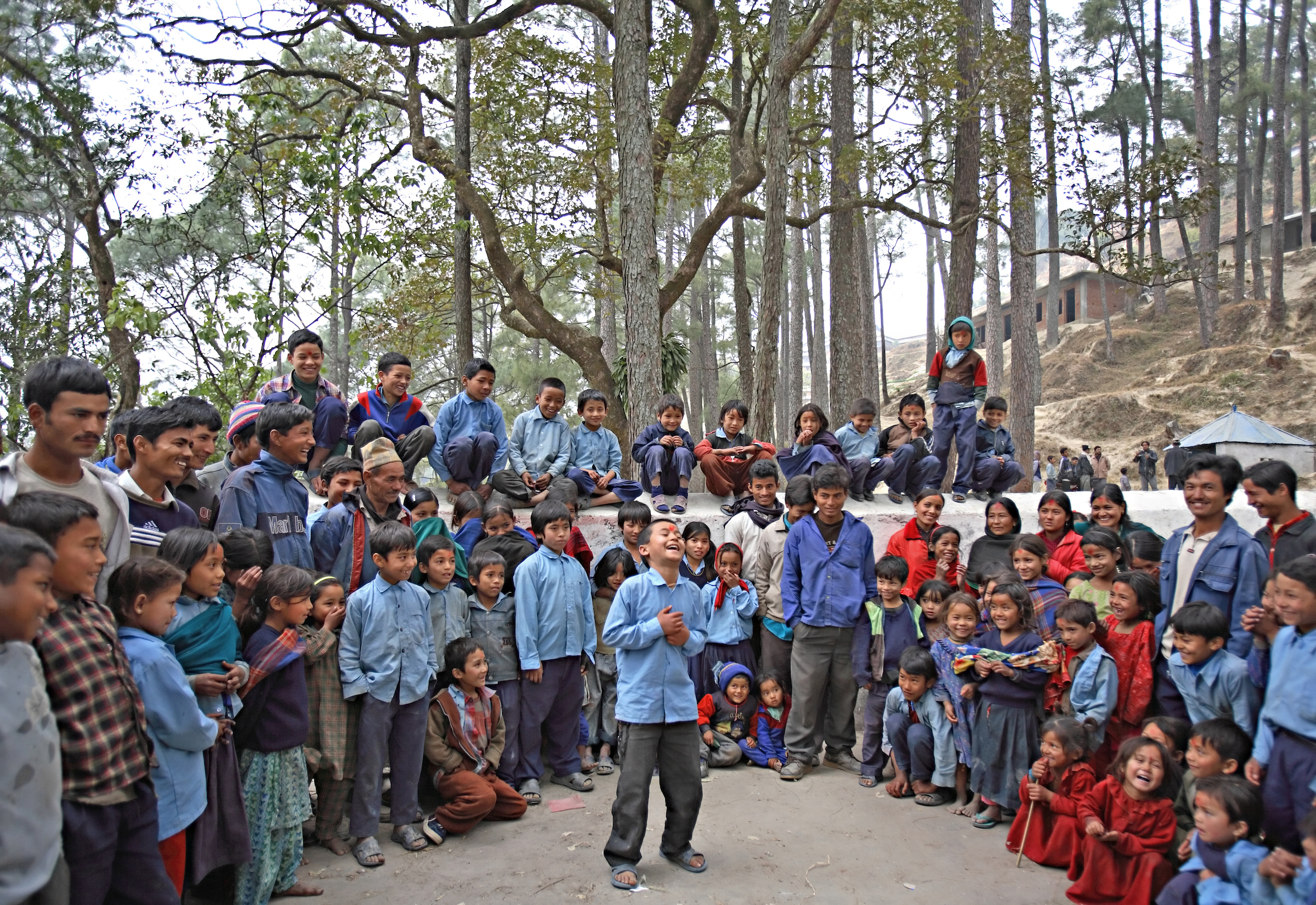 Capitalizing on the crowds, Shanta, 14, performs a skit against child marriage in the minutes following two child marriage ceremonies in Kagati village, Nepal. The Shri Krishna Drugati Bal (Child) Club, started by boys in the community who were also forced into early marriages, has been very active in stopping the practice in their village. 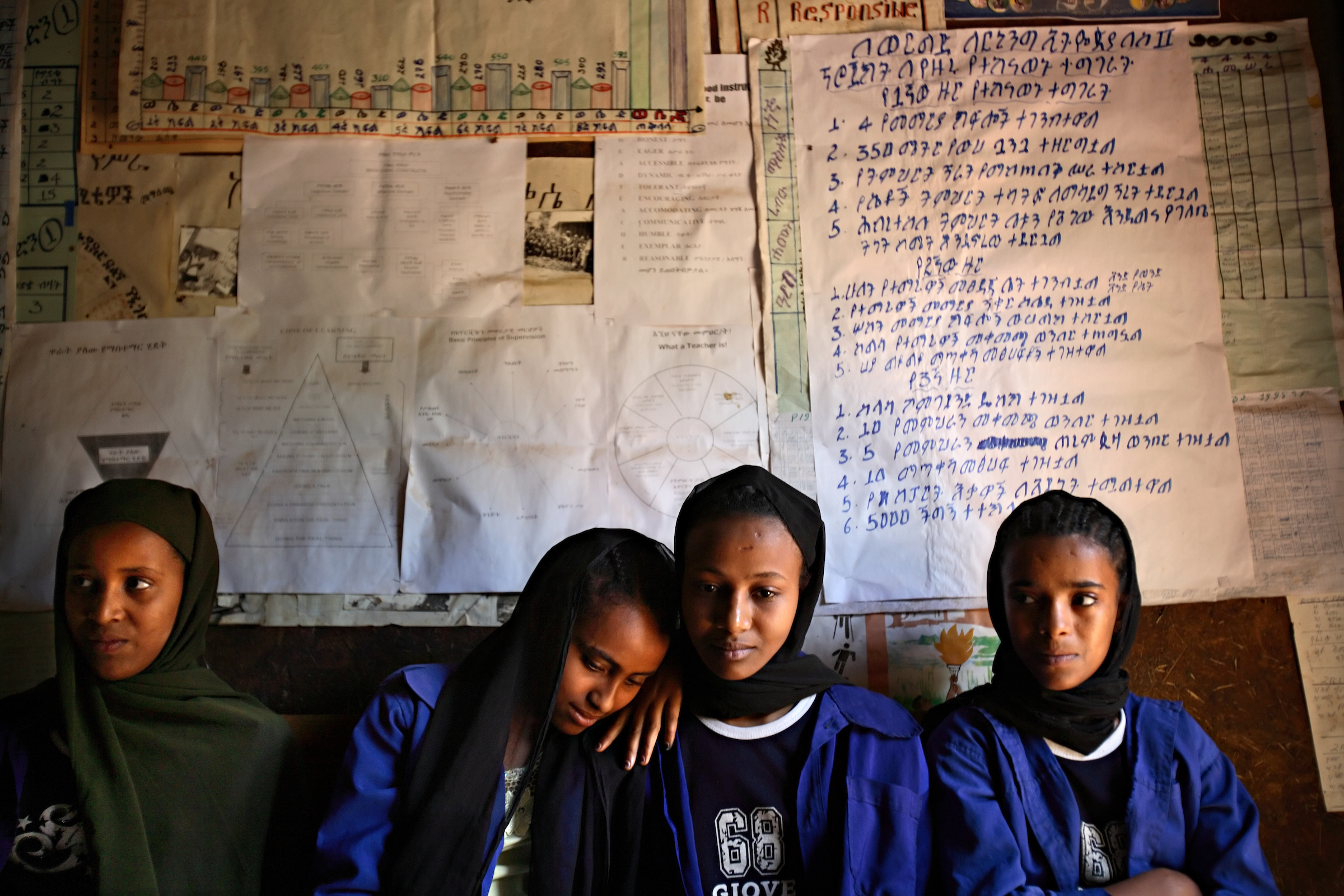 Four married and betrothed Muslim girls attend school near Bahir Dar, Ethiopia. Most married girls, who would like to continue their schooling, are often prevented from doing so. 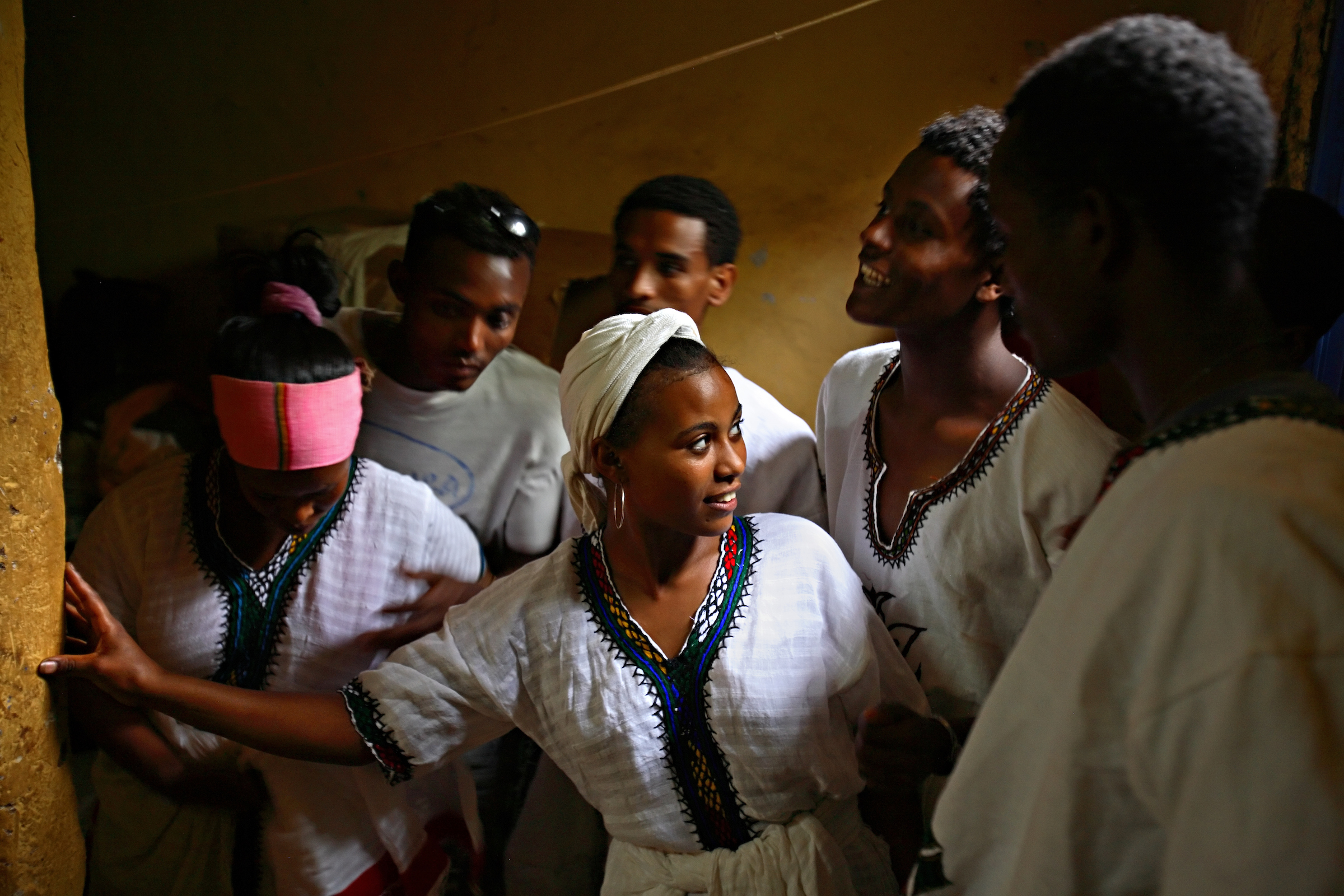 Members of the Fistula Girls Club and the Community-based Reproductive Association, get ready to perform a traditional dance during a performance against child marriage in the Shende village in Ethiopia. This is one of many events hosted by the groups to discourage early marriage and other harmful practices in their district. 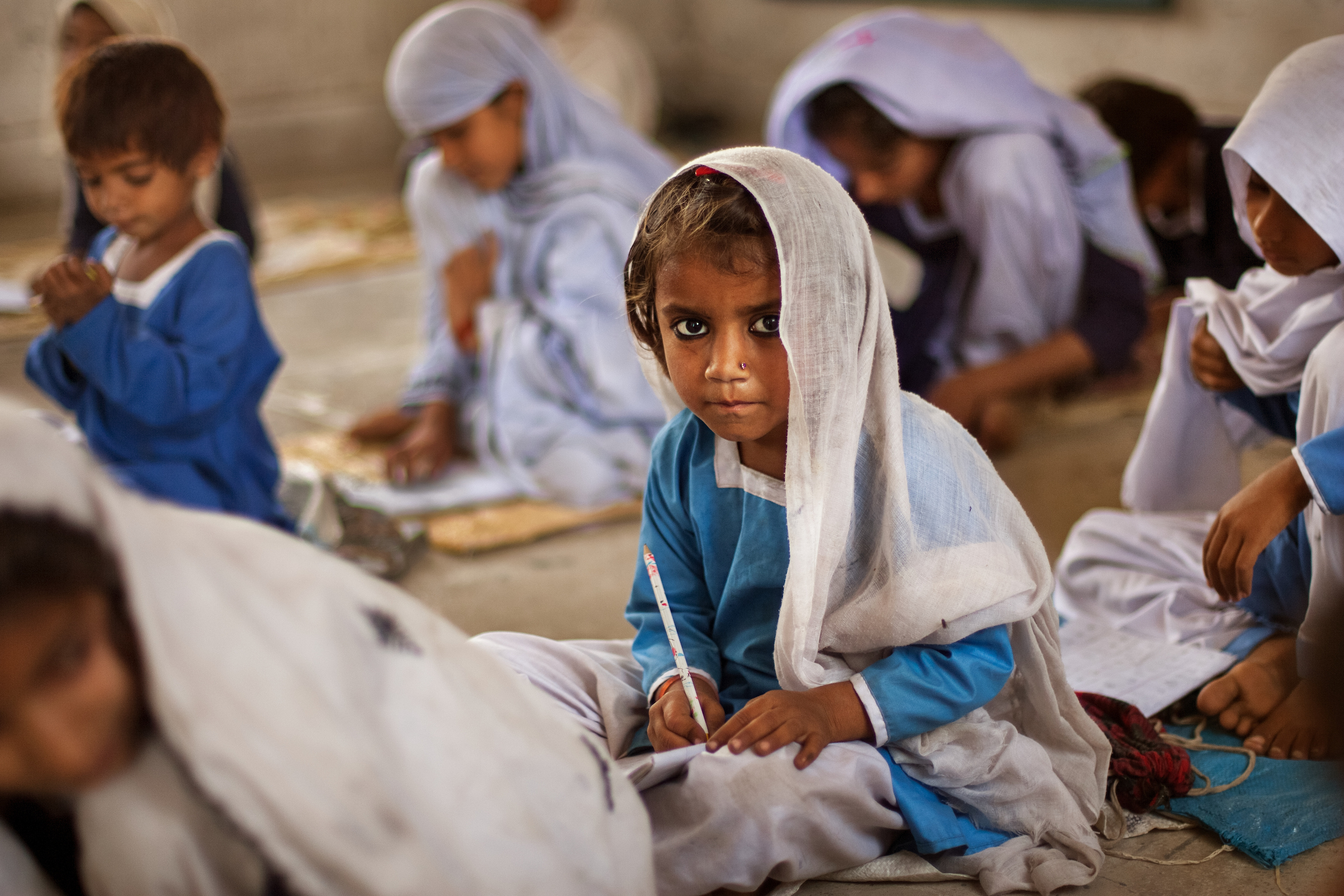 Uzma, 4, learns how to write the alphabet at a school created by a gang rape survivor in Meerwala, Pakistan. Education is the single most effective way to combat child marriage. The longer a girl stays in school, the less likely she is to be married before the age of 18 and have children during her teenage years. 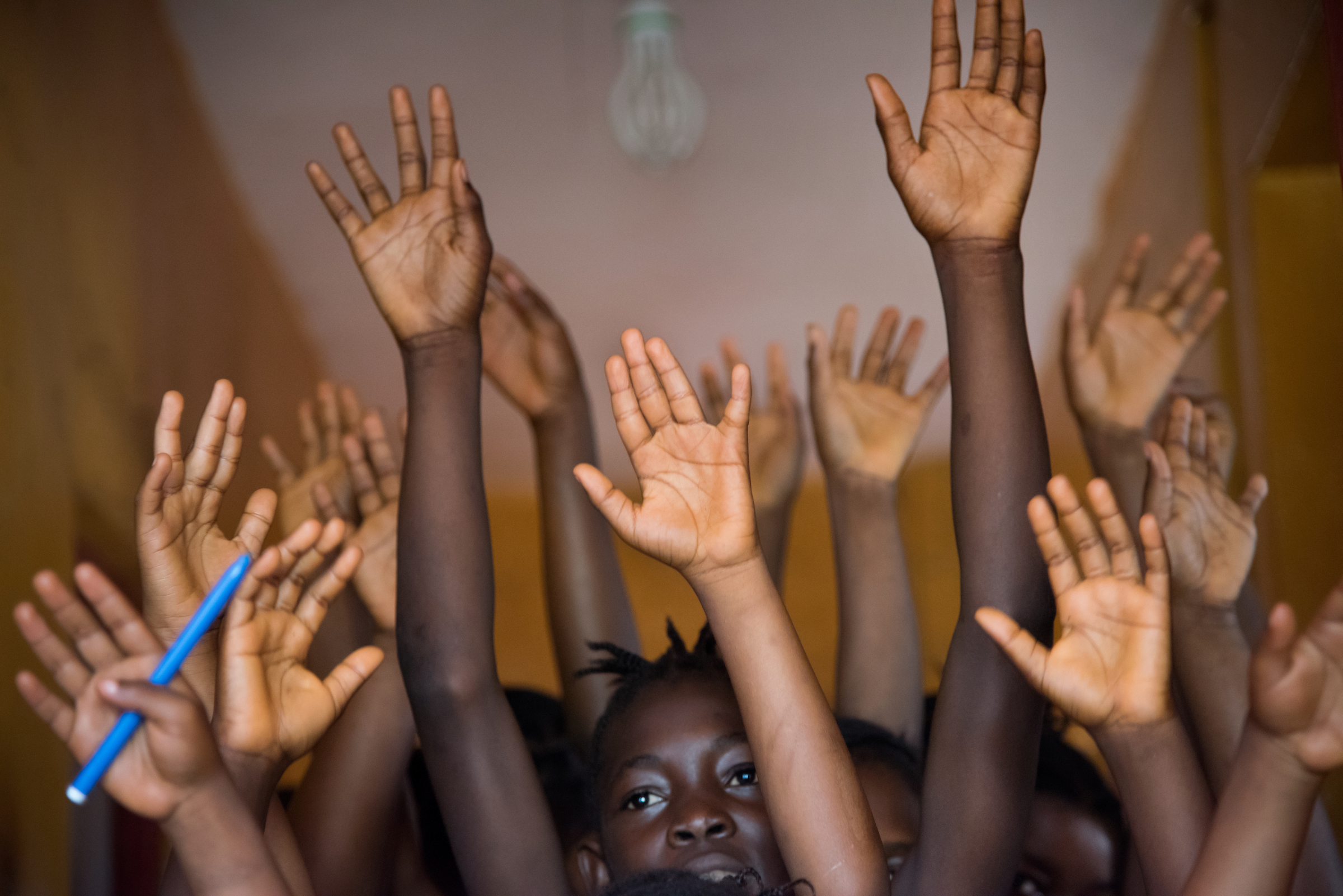 Girls under the guardianship of Don Bosco Fambul participate in classes in Freetown, Sierra Leone. This organization is one of the country’s leading child-welfare organizations and has been on the forefront of efforts to help girls in crisis by providing counseling and shelter and defending them in court. 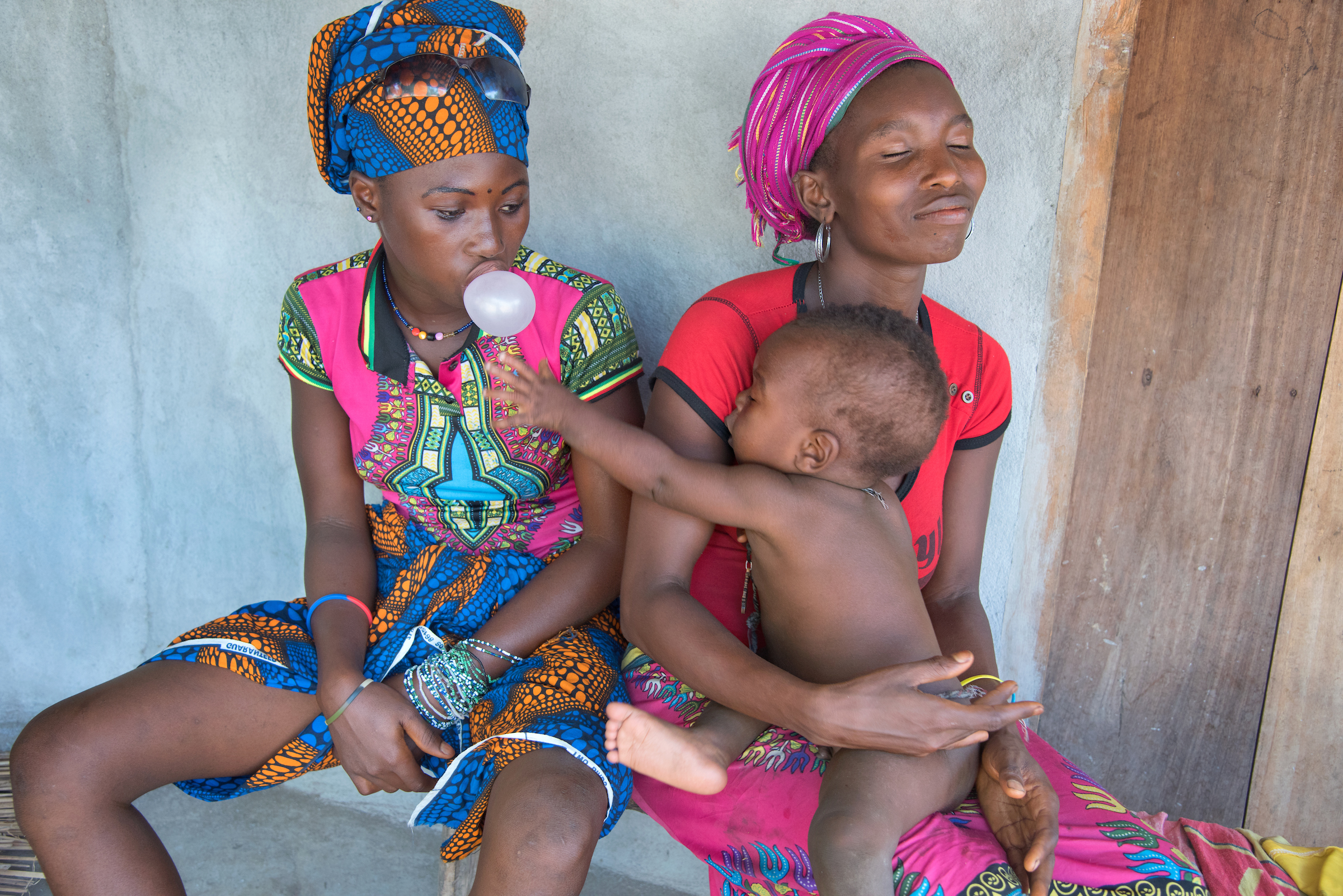 Fatmata, 15, sits with her 9-month- old son, Isa, in a small village outside of Kambia, Sierra Leone. Her friend Sia, 13, dropped out of school the previous year. Both girls now attend a Population Council empowerment program, created to help protect at-risk girls. 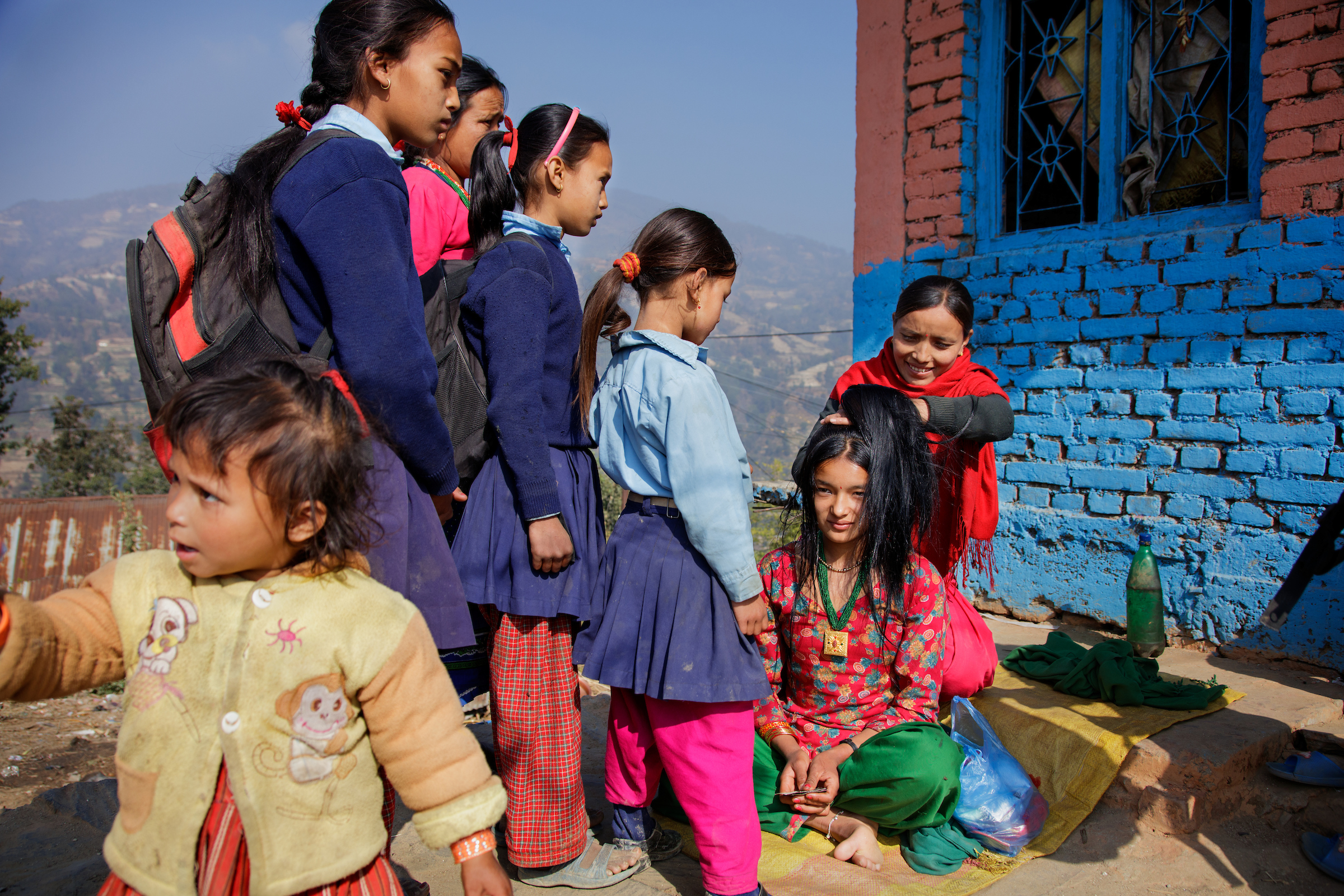 School girls watch as Anita, 16, is prepared to wed in Kagati village, Nepal. The village was seeing improvements in school attendance by girls before hundreds of homes were destroyed in a massive earthquake two years ago. With proper intervention, the rates of child marriage will not increase in the wake of this natural disaster. 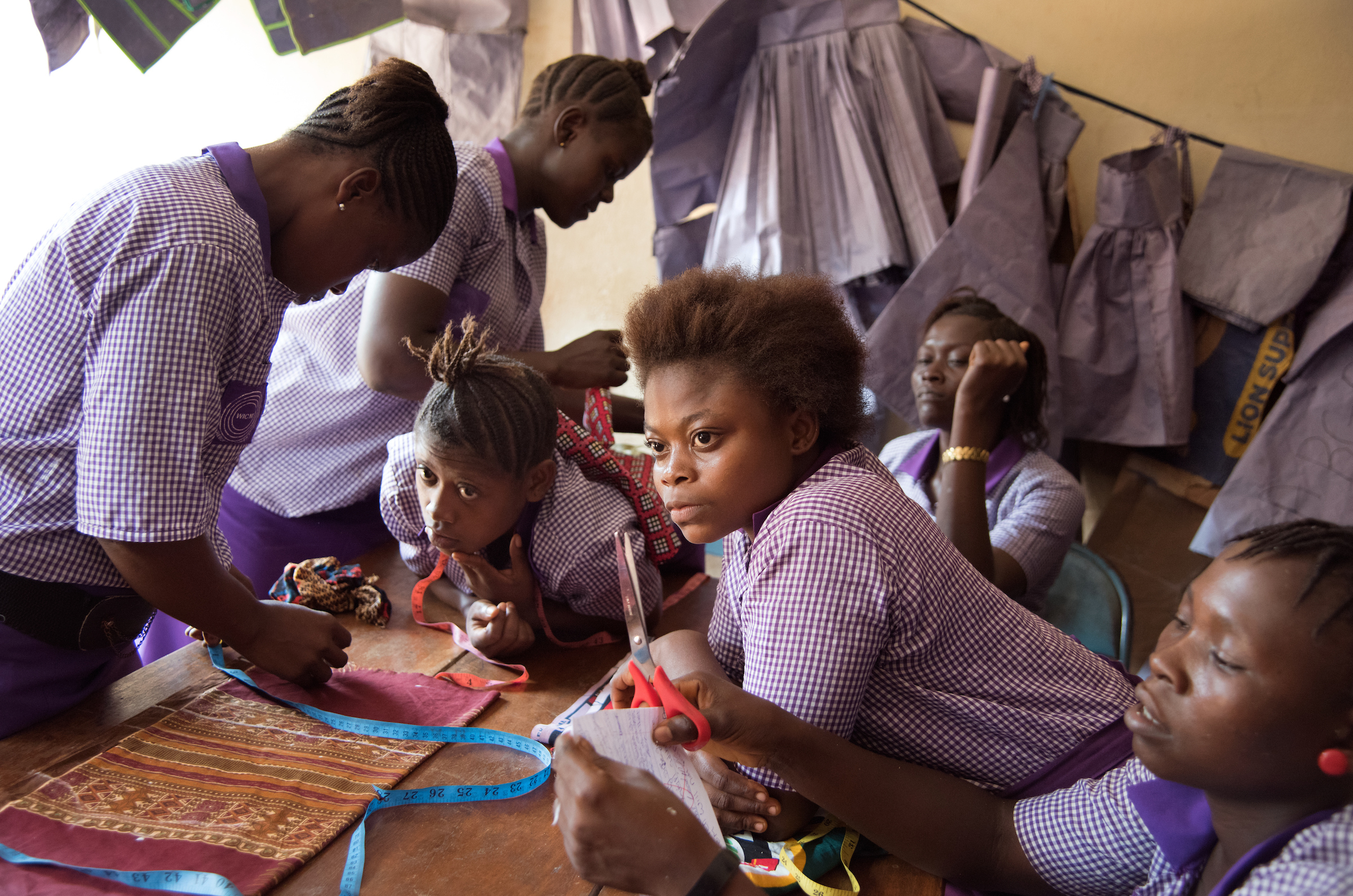 Adolescent girls take part in sewing classes offered by Women in Crisis in Freetown, Sierra Leone. The organization offers health care, vocational skills training, shelter, and education to girls with the hopes of establishing some stability in their lives. 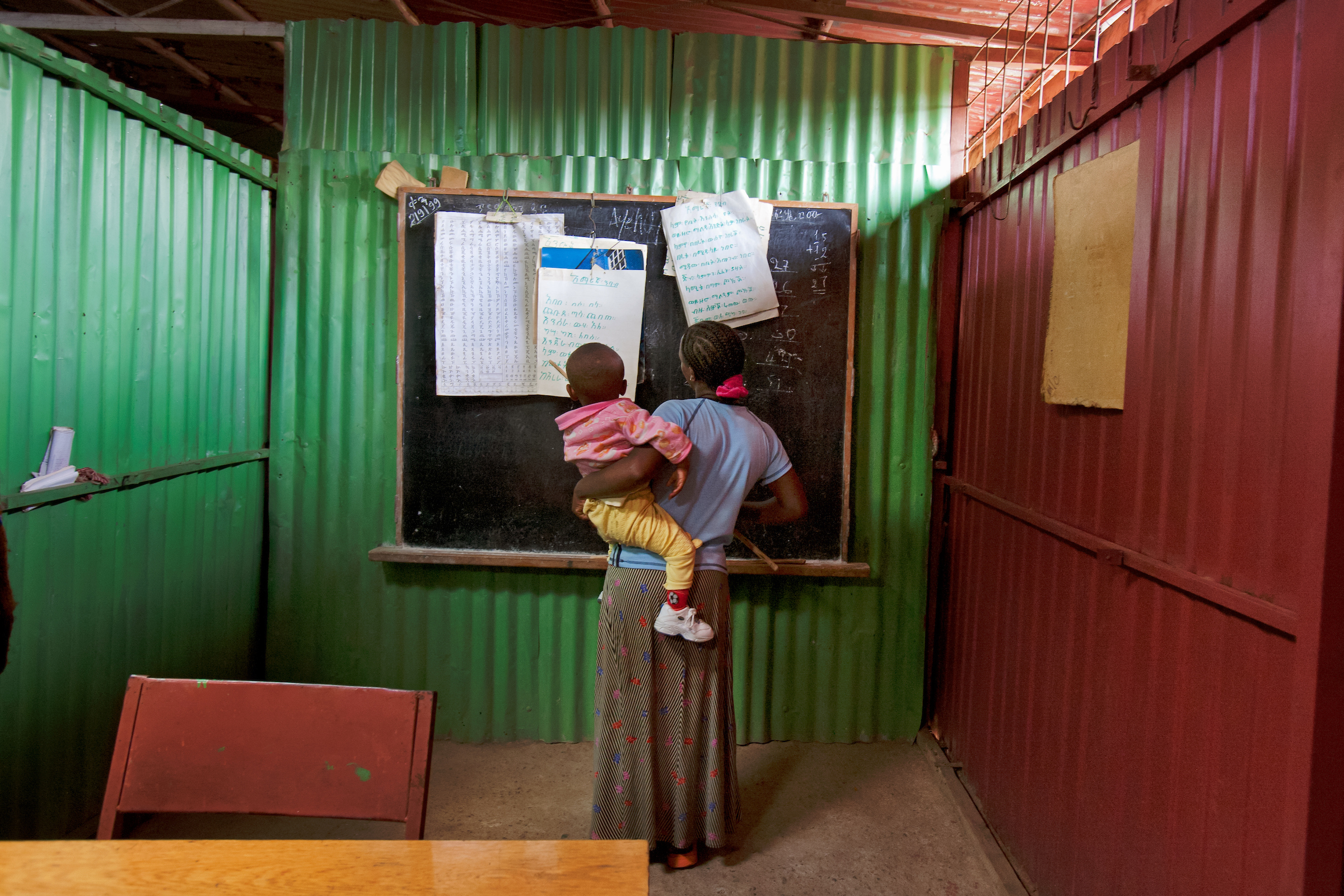 Women and girls participate in a “Fistula Camp” at the Aberdeen Women’s Center in Freetown, Sierra Leone, where girls spend the summer undergoing operations to repair their obstetric fistulas. The condition is the most devastating of all childbirth injuries and is a common consequence of early pregnancy in girls with a small stature, whose hips have not fully developed. The injury, which causes a hole between the vagina and rectum or bladder is caused by prolonged obstructed labor, leaving the woman or girl incontinent of urine or feces, or both. 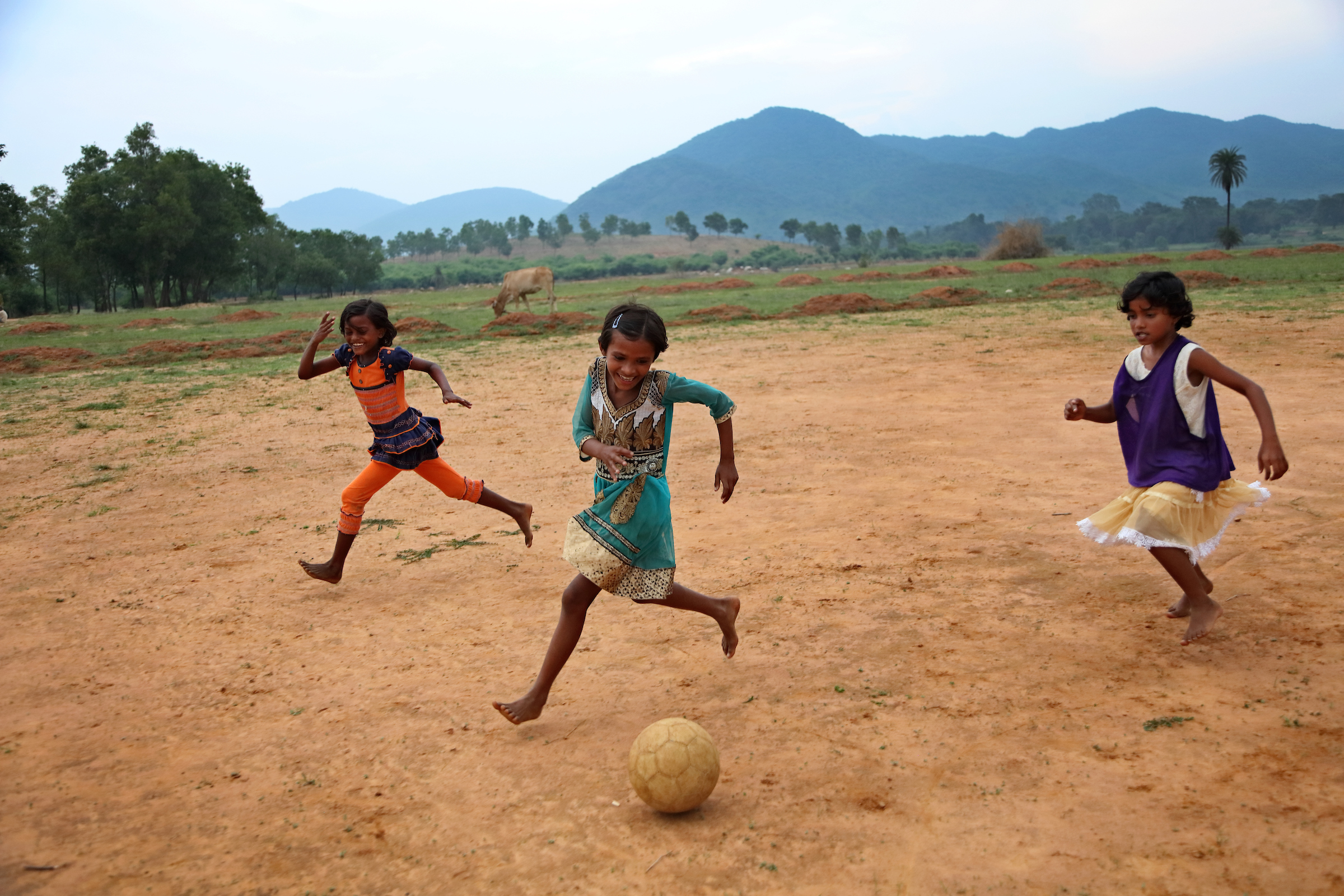 Girls enthusiastically participate in football practice after school as part of a program created by the nonprofit organization Yuwa India in Jharkhand, where more than six in 10 girls drop out of school and become child brides. The organization uses sport as a tool of empowerment and provides education to girls from tribal and low caste backgrounds. 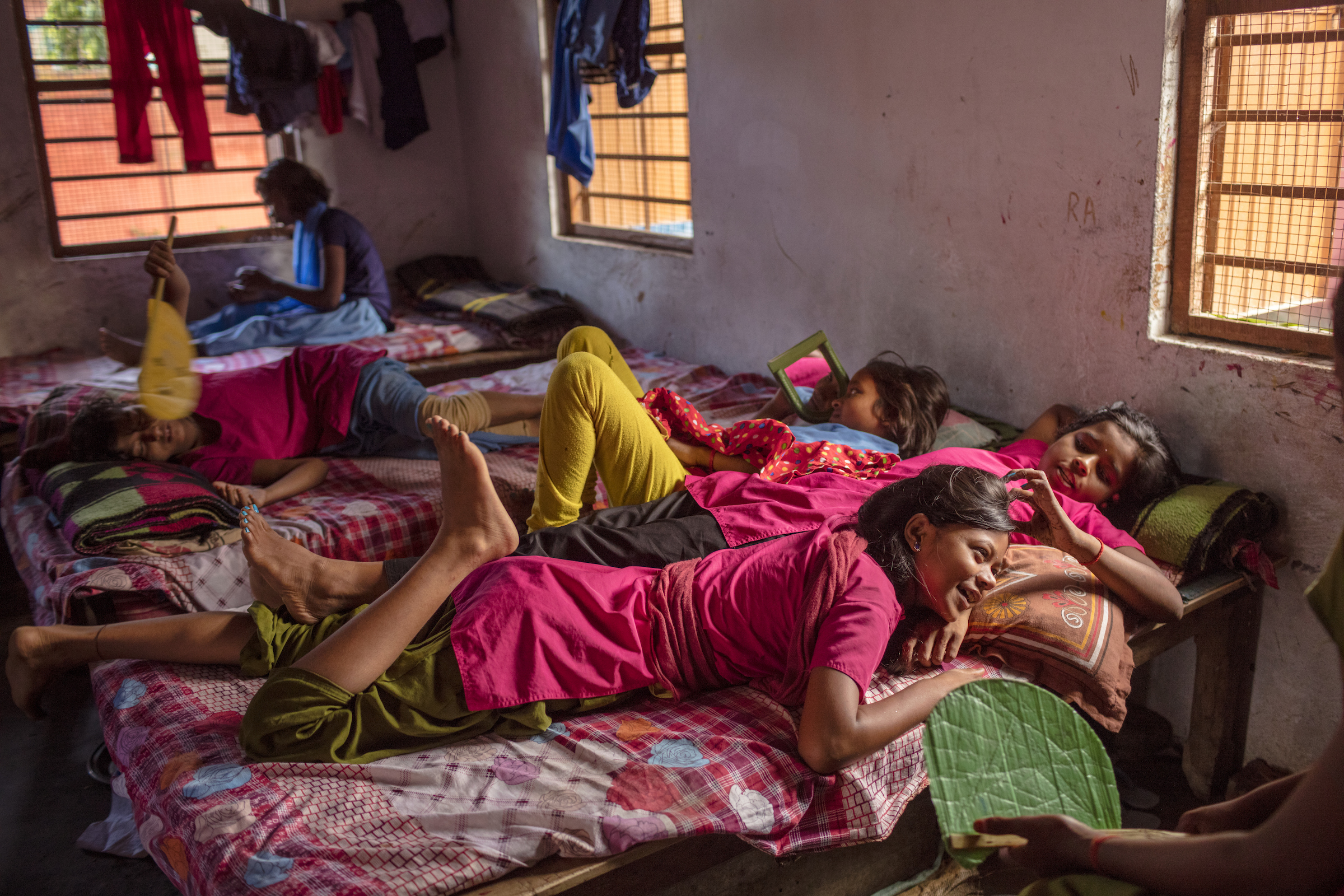 Rinki (foreground) and Arti relax beside each other in their room during a break between classes at their government-funded school, the Kasturba Gandhi Balika Vidyalaya in Forbesganj, India. About a hundred underprivileged girls at-risk for sex trafficking and child marriage attend the school from nearby villages. 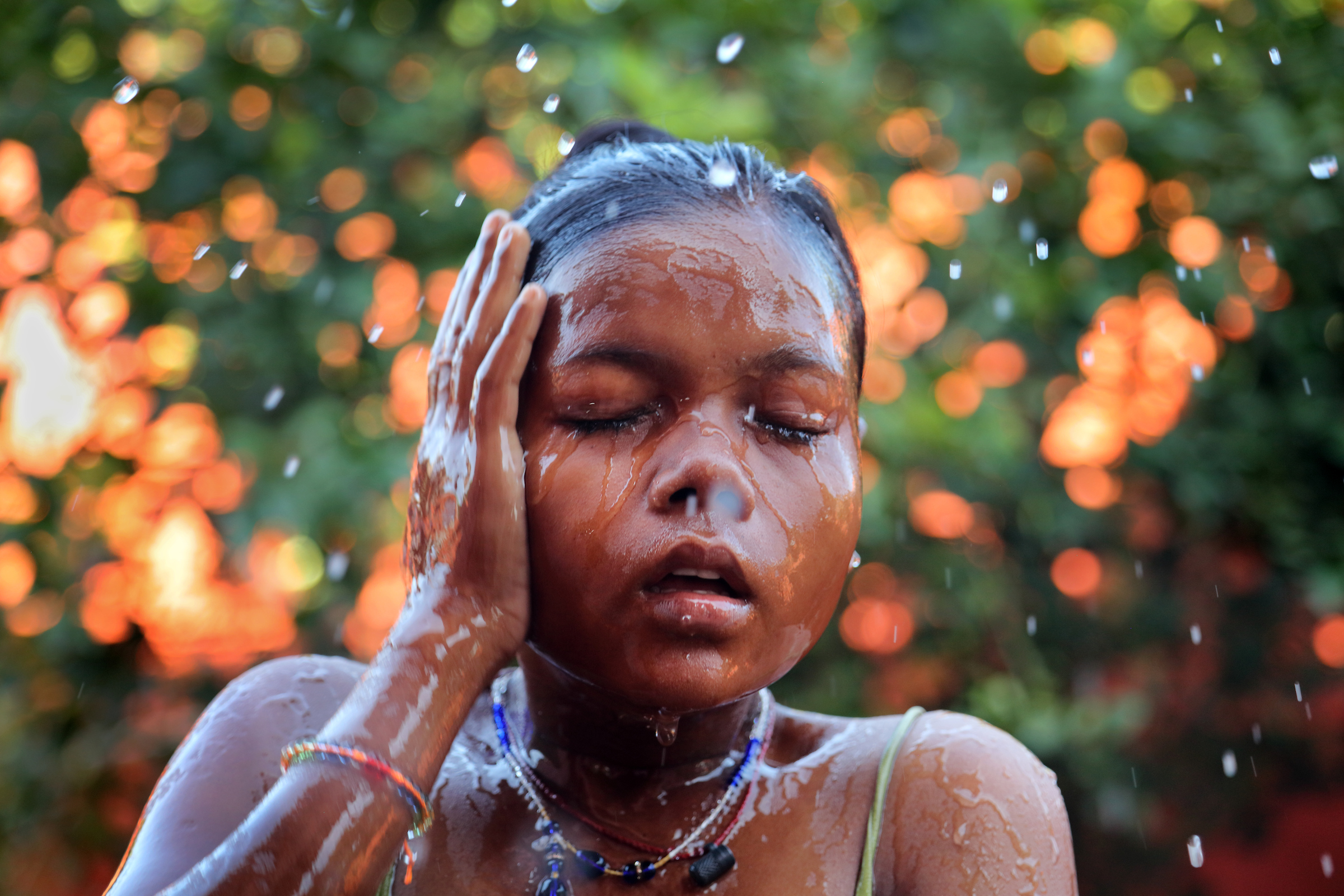 A young girl bathes before classes begin at the Kasturba Gandhi Balika Vidyalaya in Forbesganj, India. With the support of the Indian government and the nonprofit Apne Aap, the school’s goal is to break the bonds of caste and inequality. Many of these students belong to a nearby community that practices intergenerational prostitution and child marriage. For some, this is the first time any member of their family has had access to education.