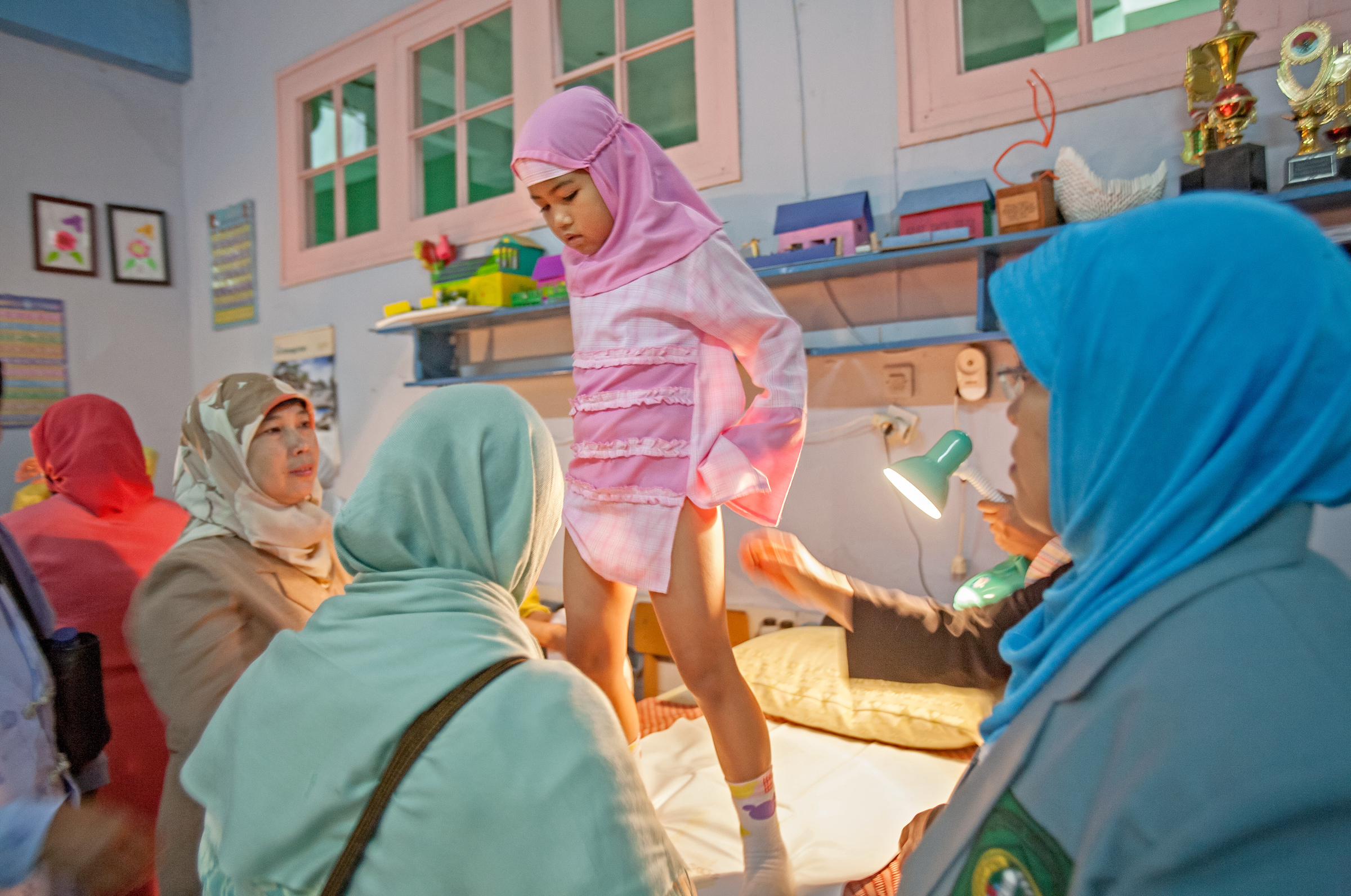 A young girl hesitates as she is prepared to be cut in Bandung, Indonesia, where each spring, parents bring their girls to an emptied-out school for a mass circumcision. Studies have shown that in some parts of Indonesia, female circumcision is more ritualistic — a rite of passage meant to purify the genitals and bestow gender identity on a female child — with a practitioner rubbing turmeric on the genitals or pricking the clitoris once with a needle to draw a symbolic drop of blood. 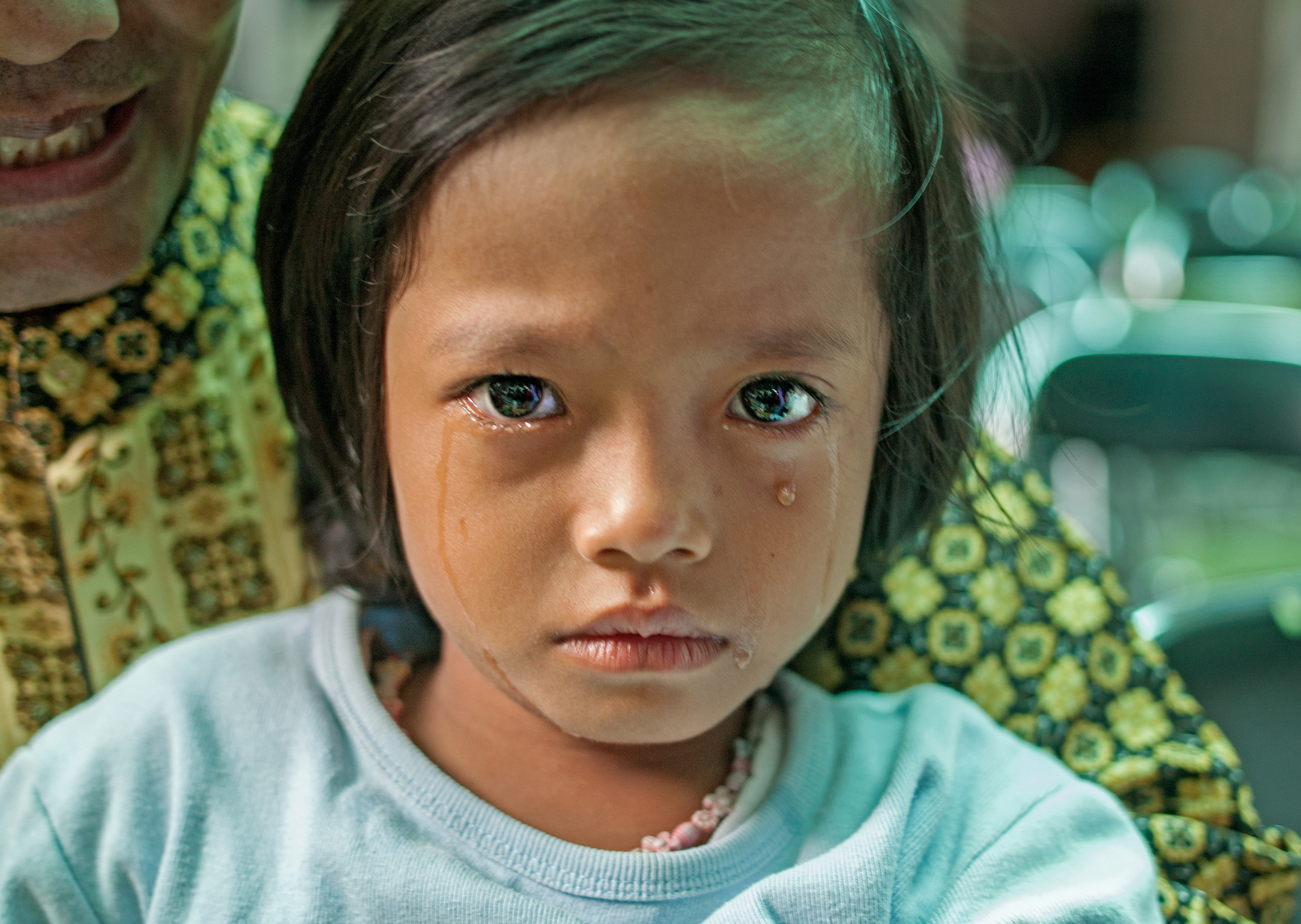 A young girl cries after being circumcised in Bandung, Indonesia. Over the course of that Sunday morning, more than 200 girls were circumcised, many of them appearing to be under the age of 5. Meanwhile, in a nearby building, more than 100 boys underwent a traditional circumcision as well. 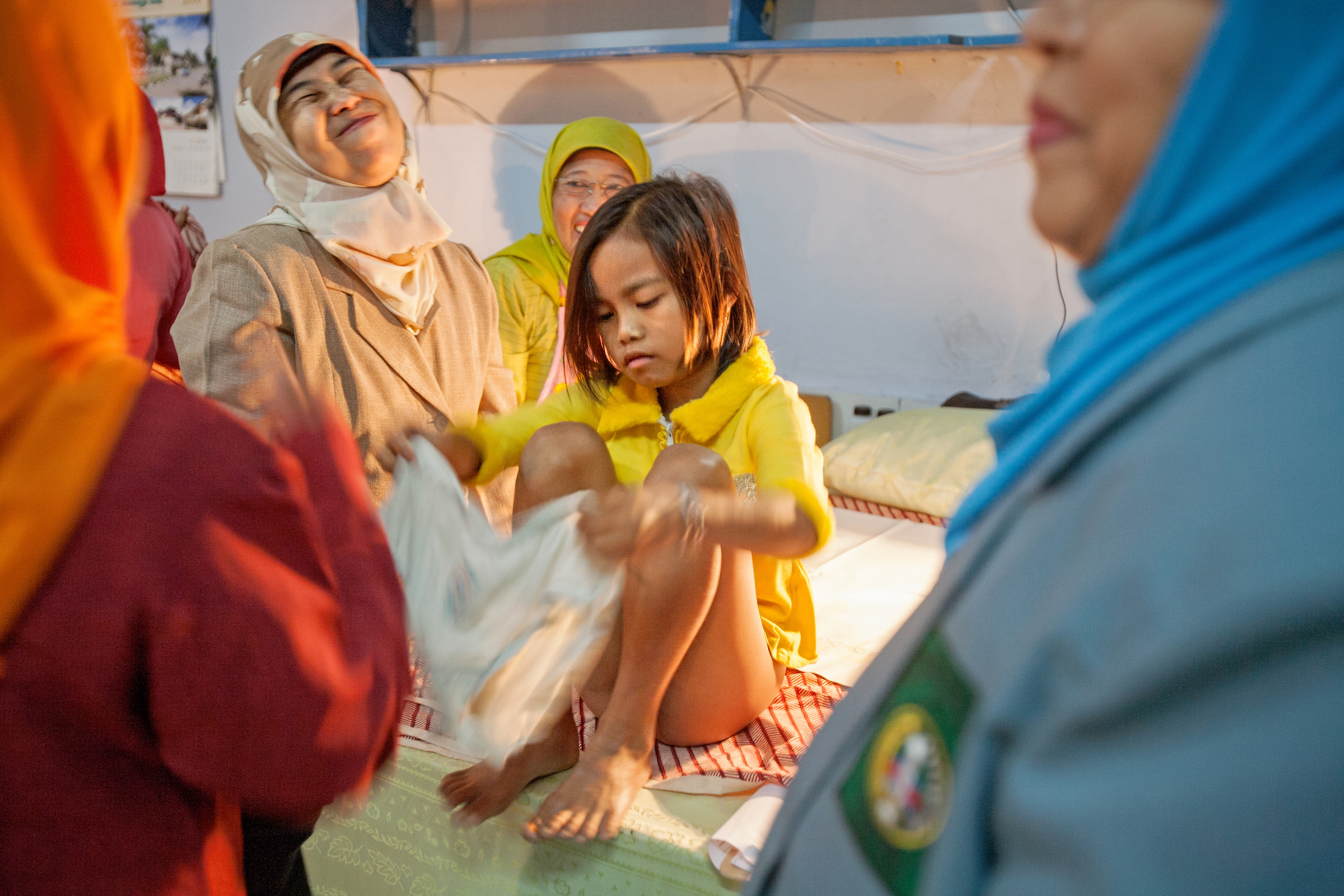 Surrounded by her circumcisers, a young girl is helped back into her underwear after the procedure in Bandung, Indonesia. She is then given a small, celebratory gift — some fruit or a donated piece of clothing — and offered a cup of milk for refreshment. 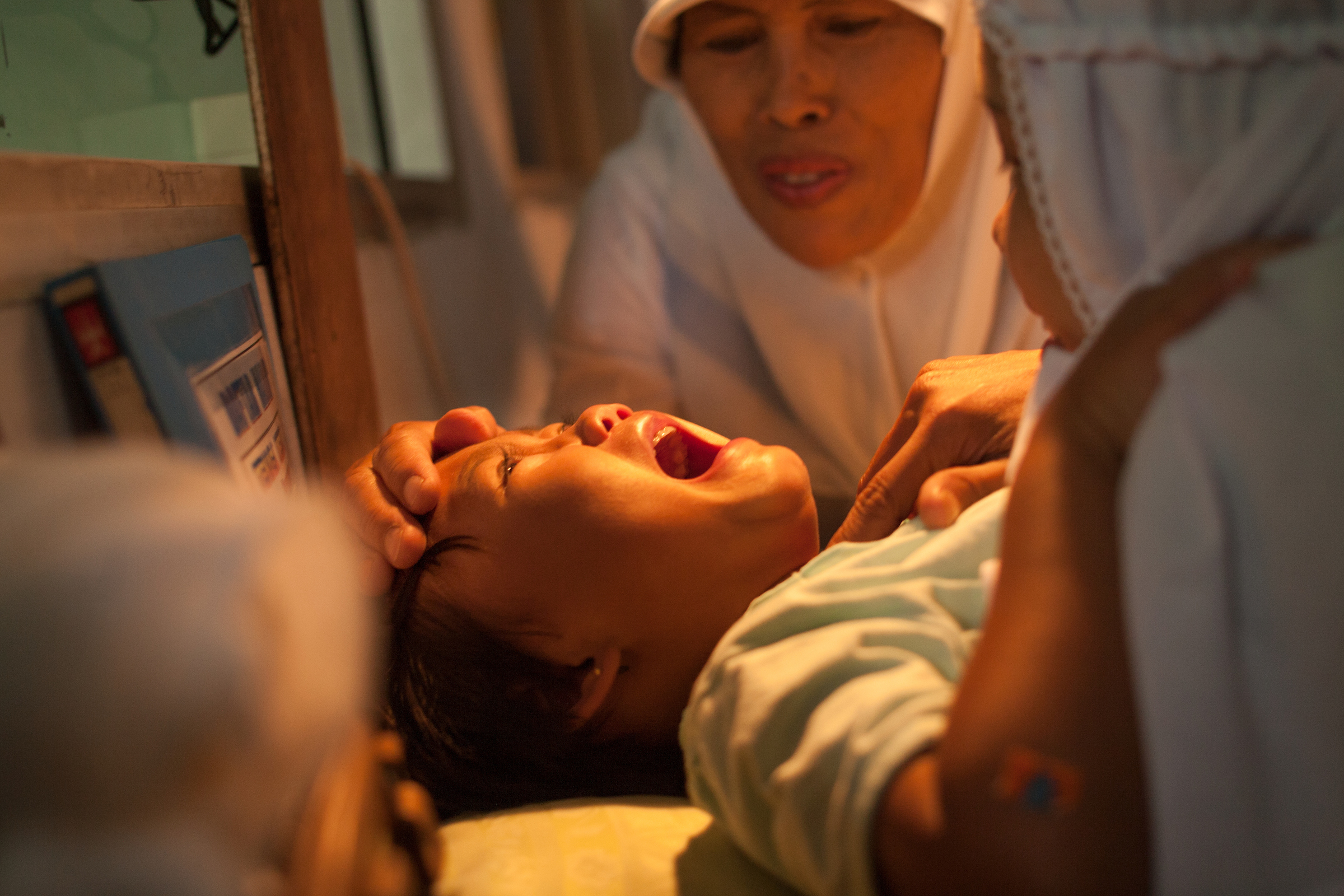 A young girl cries while being circumcised in Bandung, Indonesia. The entire event only takes a few minutes and there is little blood involved. Afterward, the girl’s genital area is swabbed with the antiseptic Betadine. 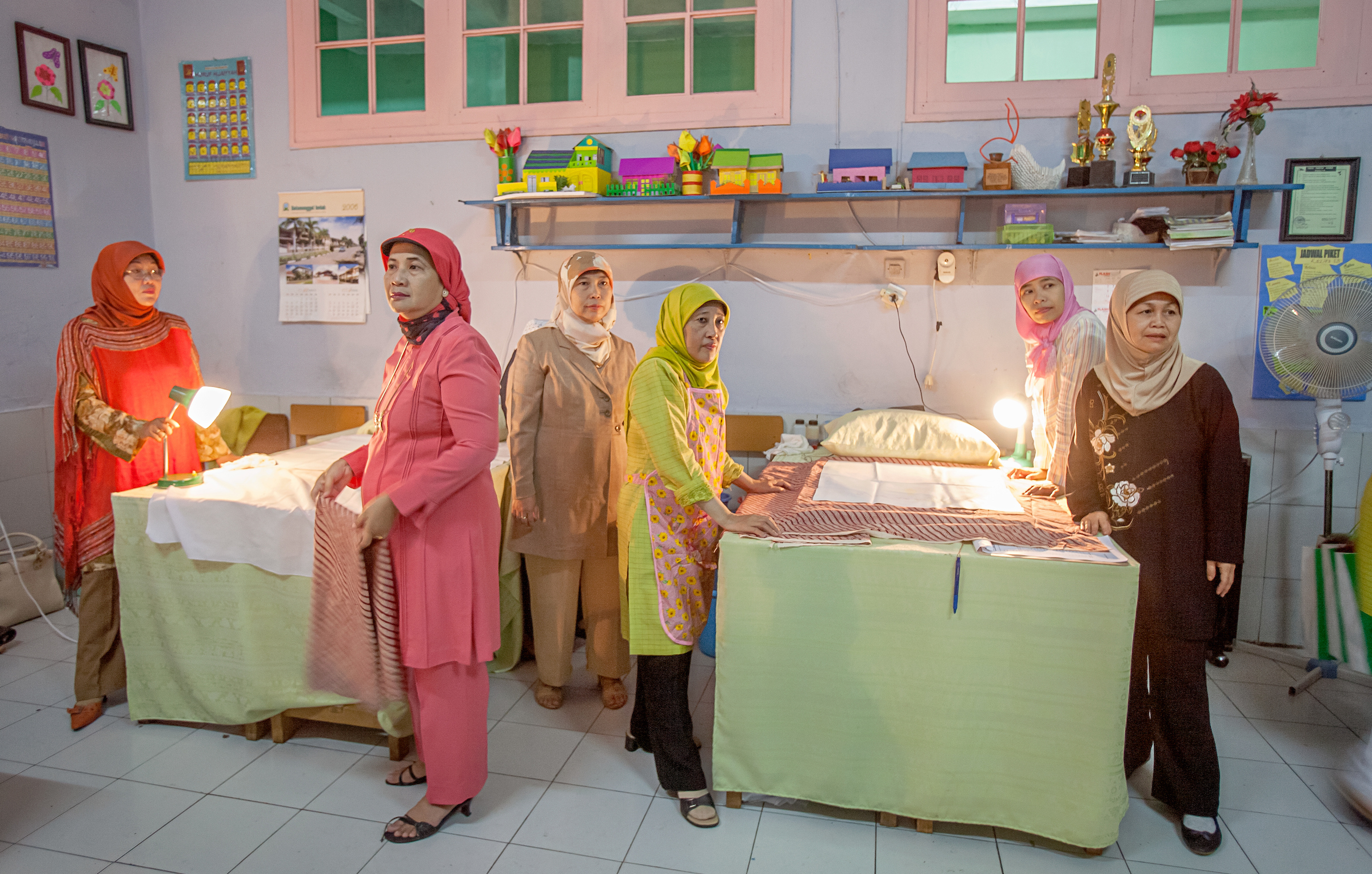 Female circumcisers and their attendants waiting for their next patients in Bandung, Indonesia. The circumcisions take place in a prayer center or an emptied-out elementary-school classroom where desks are pushed together and covered with sheets and a pillow to serve as makeshift beds. 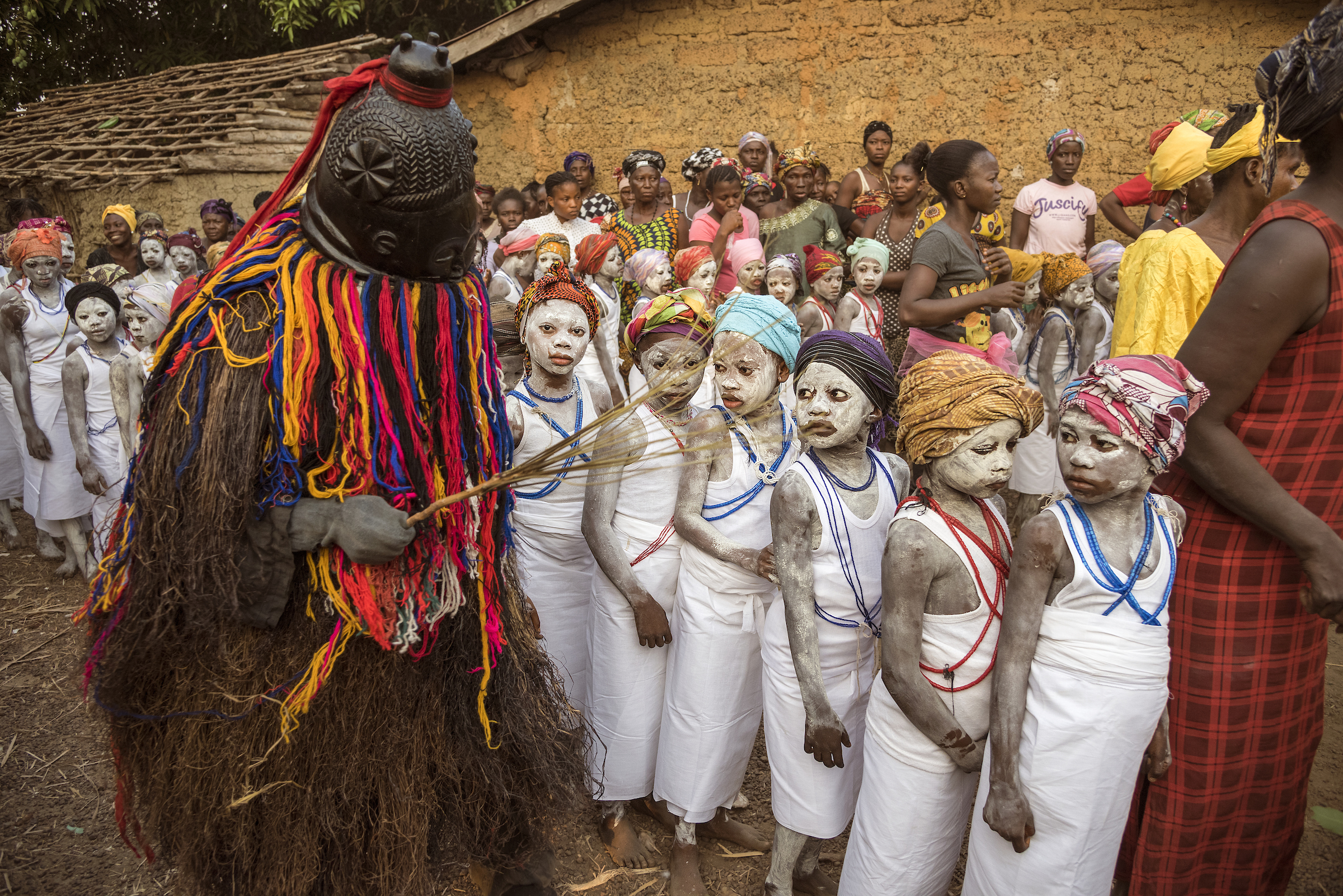 By attending an alternative Bondo ceremony that does not include genital mutilation, girls in the Masanga, Sierra Leone community receive a free education guaranteed by Masanga Assistance Education, a Swiss nonprofit. A woman known as the Bondo devil, a high authority in the secret society, participates in the ceremony signifying the community acceptance of this alternative rite of passage. 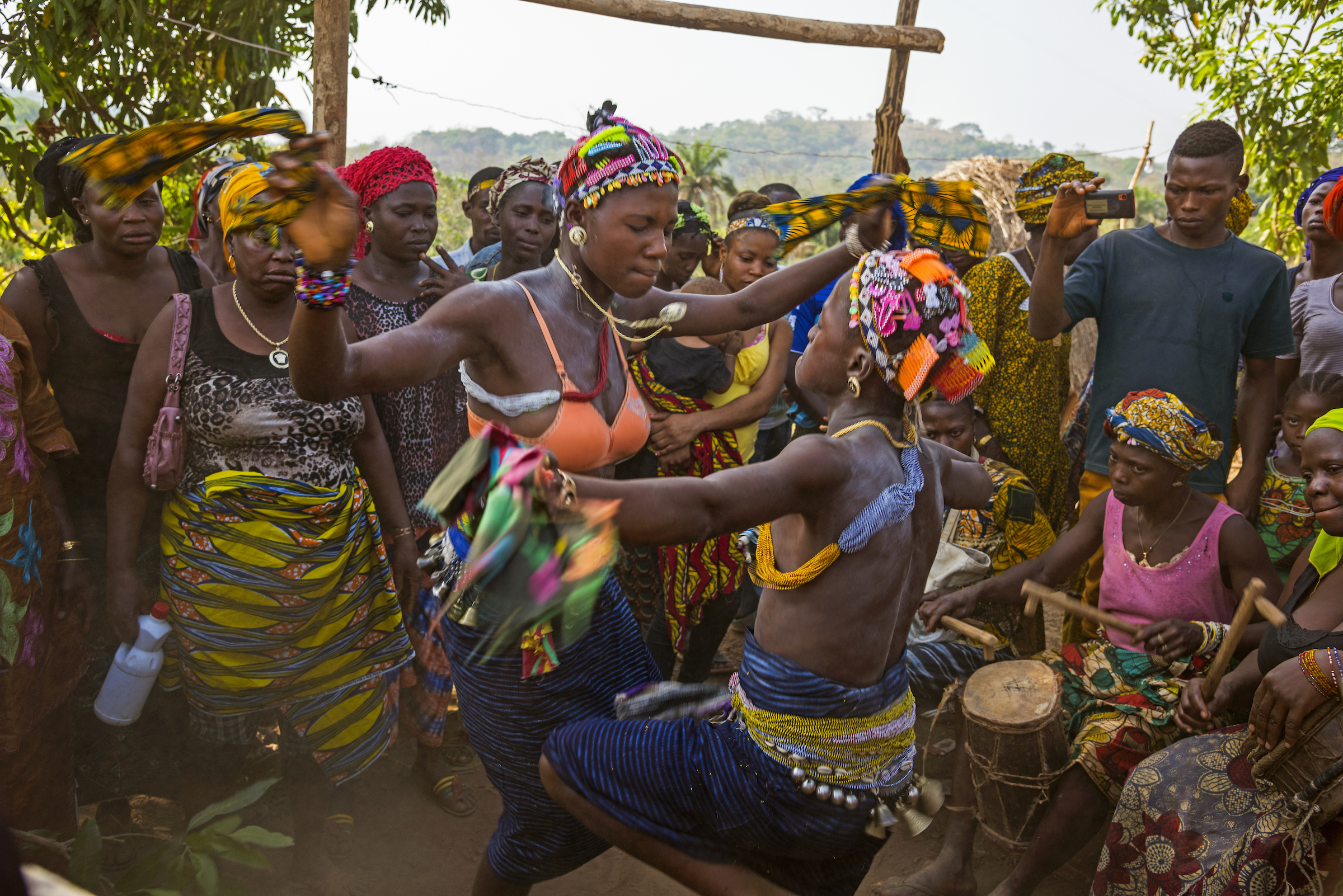 Graduates of this new kind of Bondo ceremony that does not include genital cutting celebrate with family and friends. Unfortunately, this is the only alternative rites of passage in Sierra Leone. 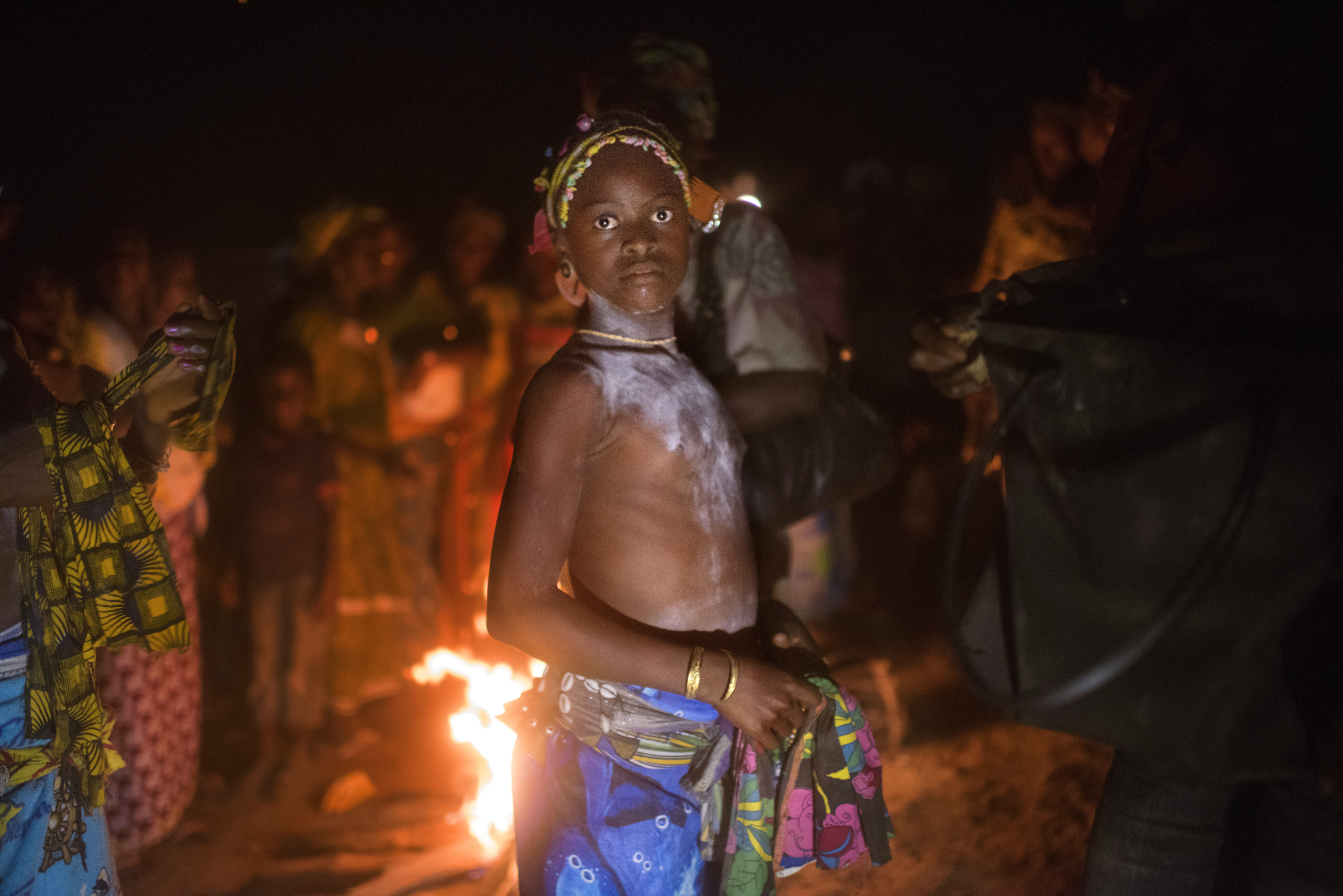 At a Bondo ceremony in Kabala that includes FGM/C, girls prepare to be initiated into the secret society for females as they pass from adolescence to womanhood. The rate of FGM/C has declined worldwide over the last three decades, but according to UNICEF, the numbers will “rise significantly over the next 15 years” as populations increase. 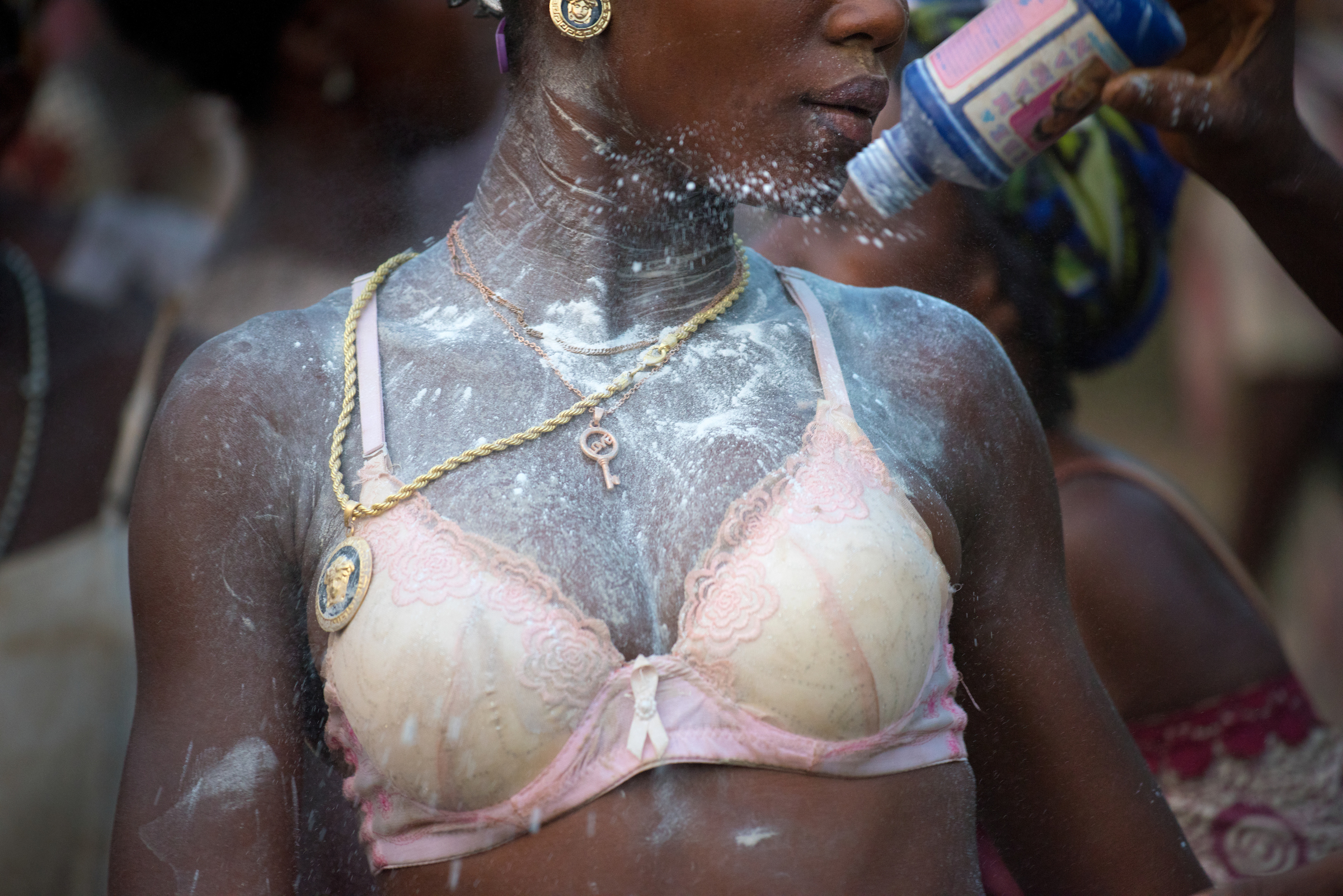 Elizabeth, 19 and Rebecca, 13, are showered in baby powder and dance in preparation for their initiation ceremony. 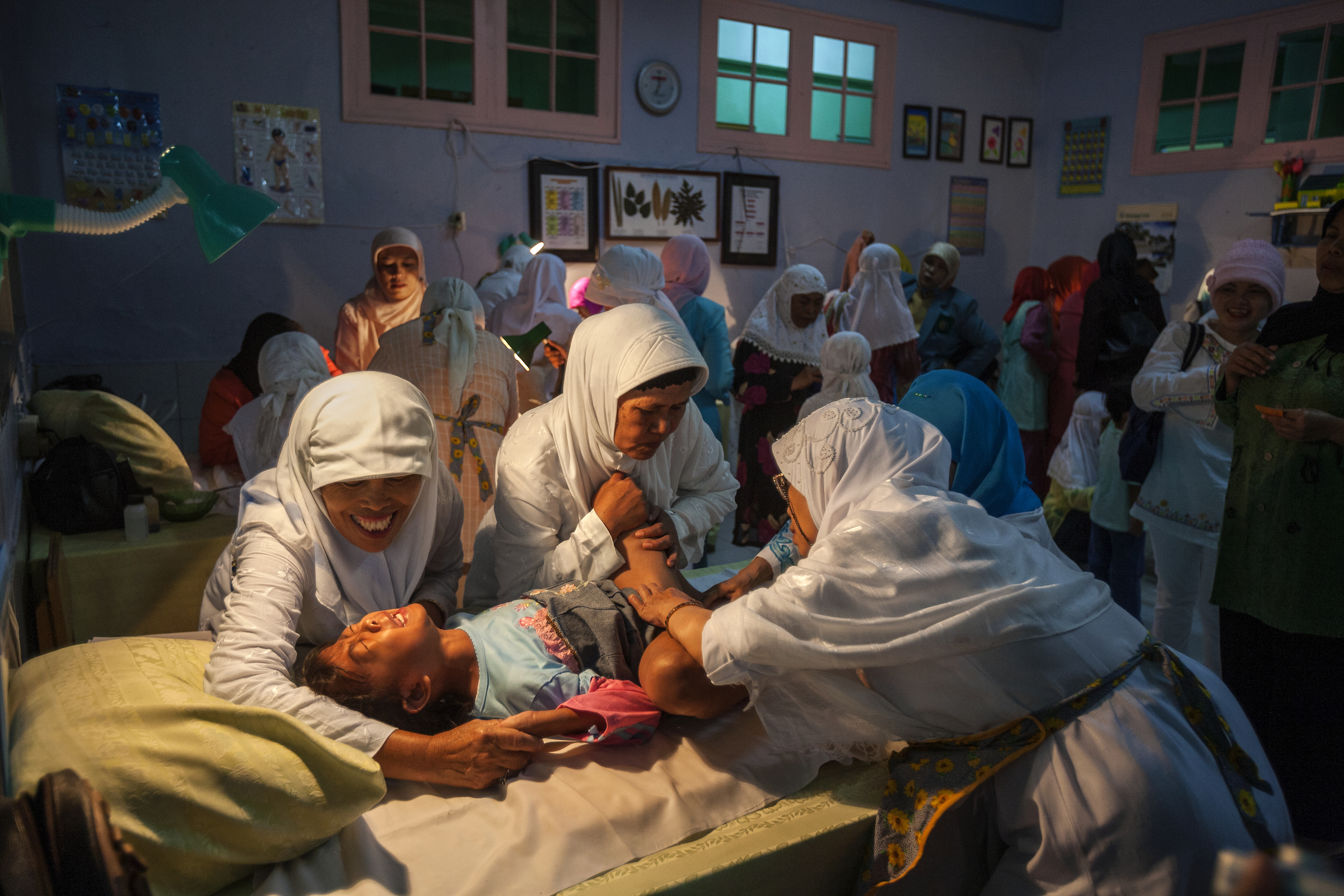 A young girl screams while being circumcised in Bandung, Indonesia. The procedure pictured here is more invasive, involving what WHO classifies as “Type I” female genital mutilation,defined as excision of the clitoral hood, called the prepuce, with or without incision of the clitoris itself. 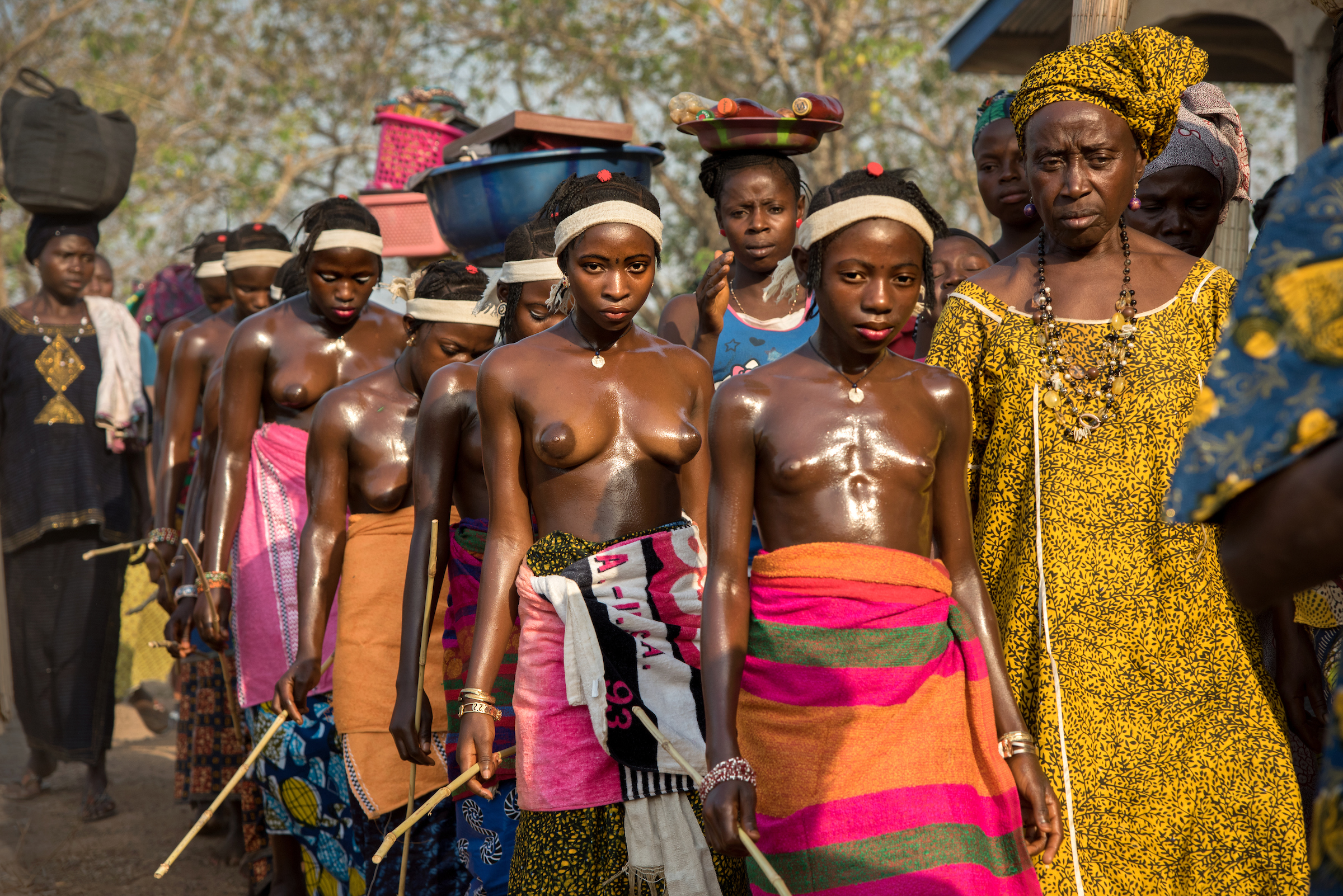 Adolescent girls return from the bush at the conclusion of their initiation ceremony. Sierra Leone and Somalia are among nations with the highest prevalence of girls and women aged 15 to 49 who have undergone FGM/C. The UN has set a goal of 2030 to eliminate FGM/C and early child marriages worldwide. 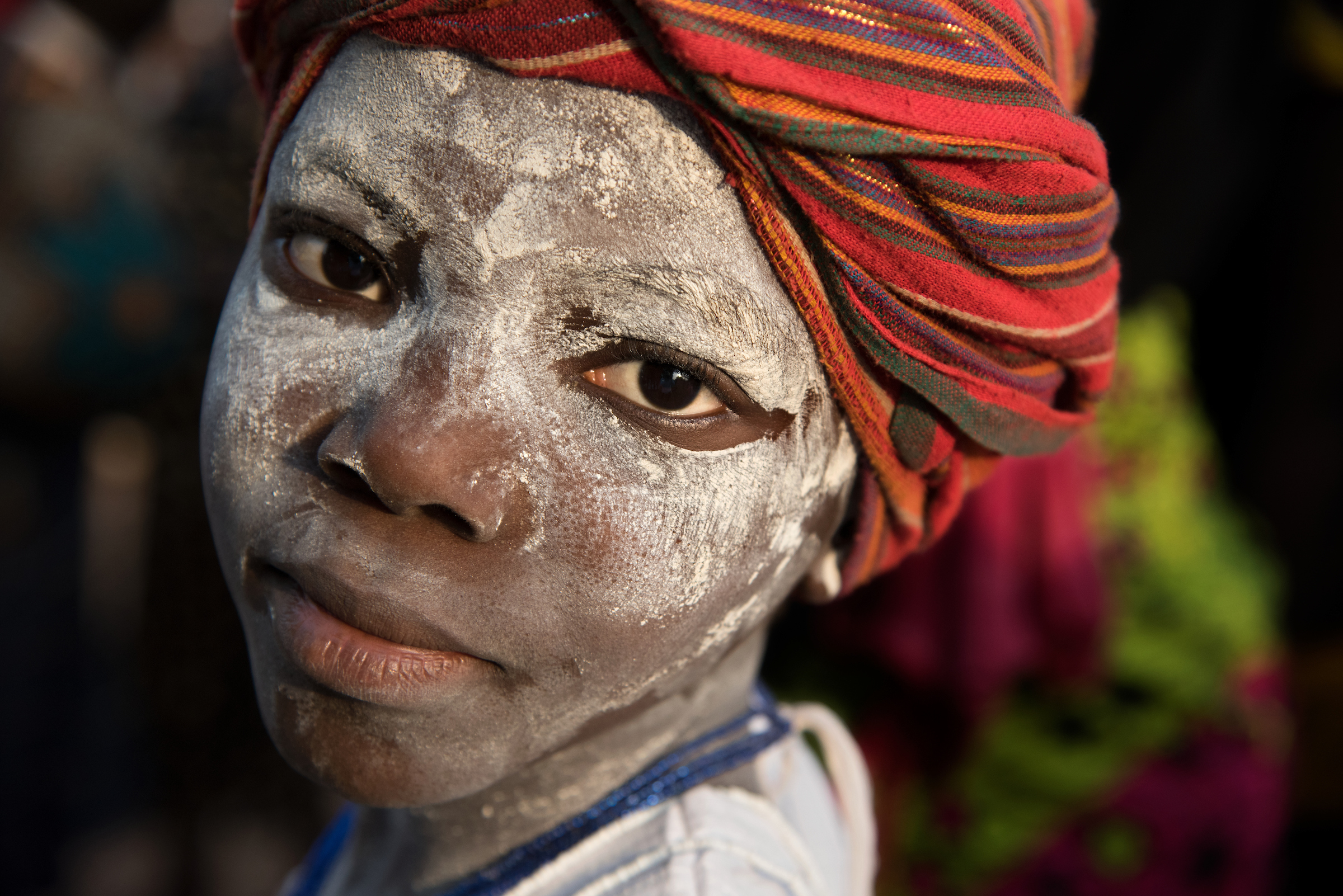 While there is pressure to abandon the FGM/C practice in Sierra Leone - known as Bondo - families and sowies, the women who perform the circumcisions, say discouragement as an attack on their culture. They say the practice is rooted in ancient rituals designed to protect the community against evil spirits and regulate the passage of adolescents to womanhood.