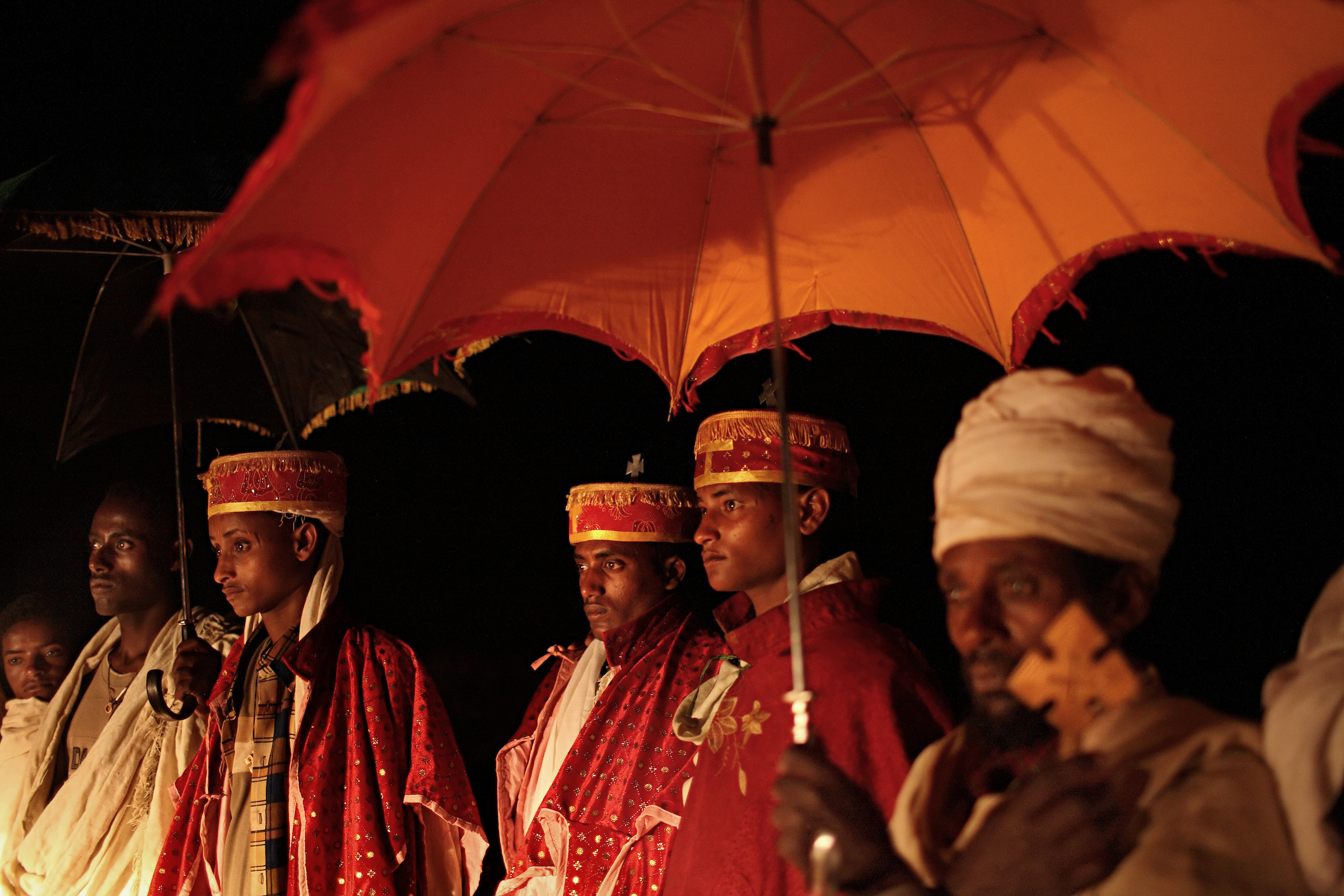 Dressed in traditional Ethiopian Orthodox robes, the wedding party of made up of local priests, including Addisu, 23, walk through the night to pick up his new bride Destaye, 11. 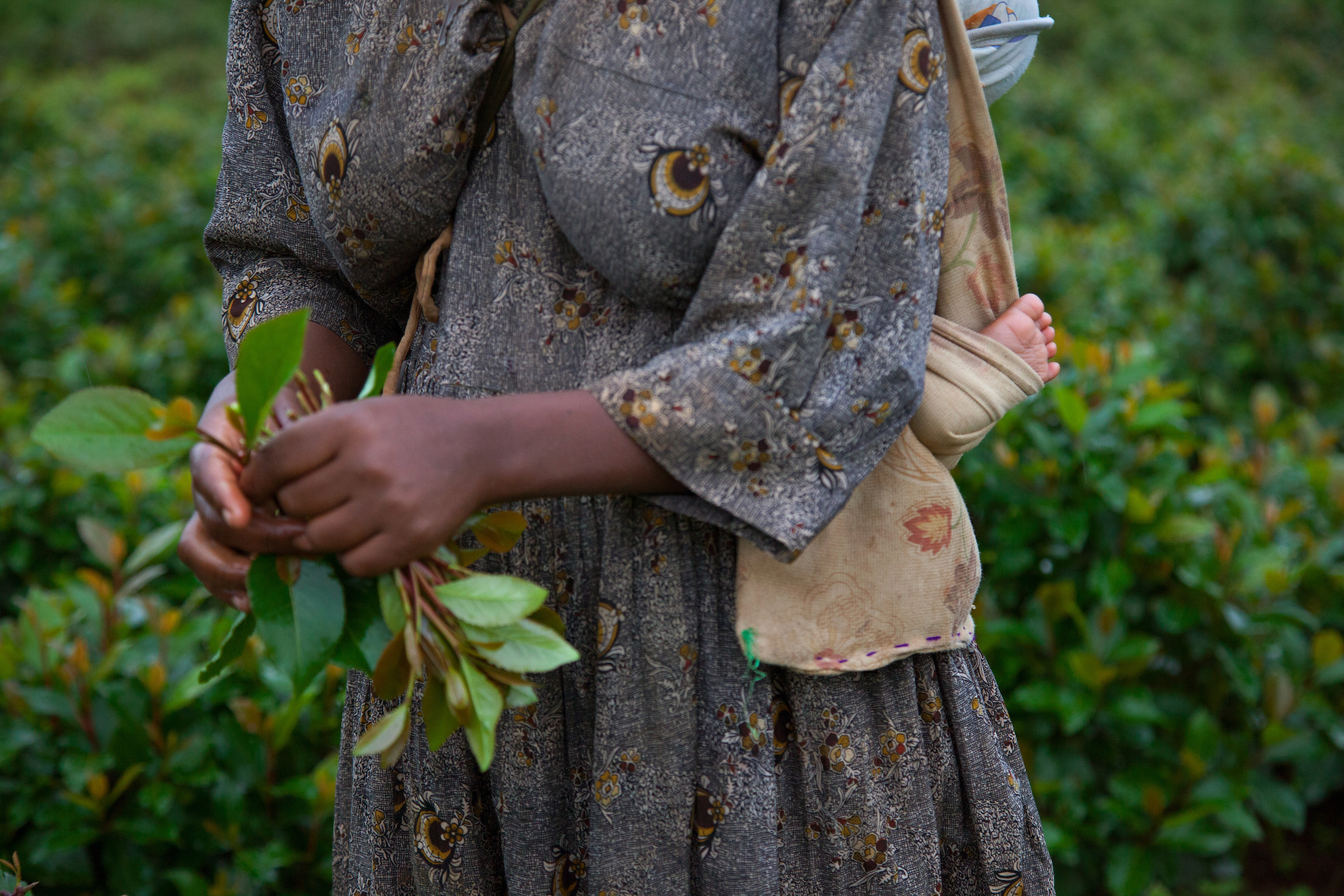 Fifteen-year-old Destaye attends to the family’s crops with her son in tow. 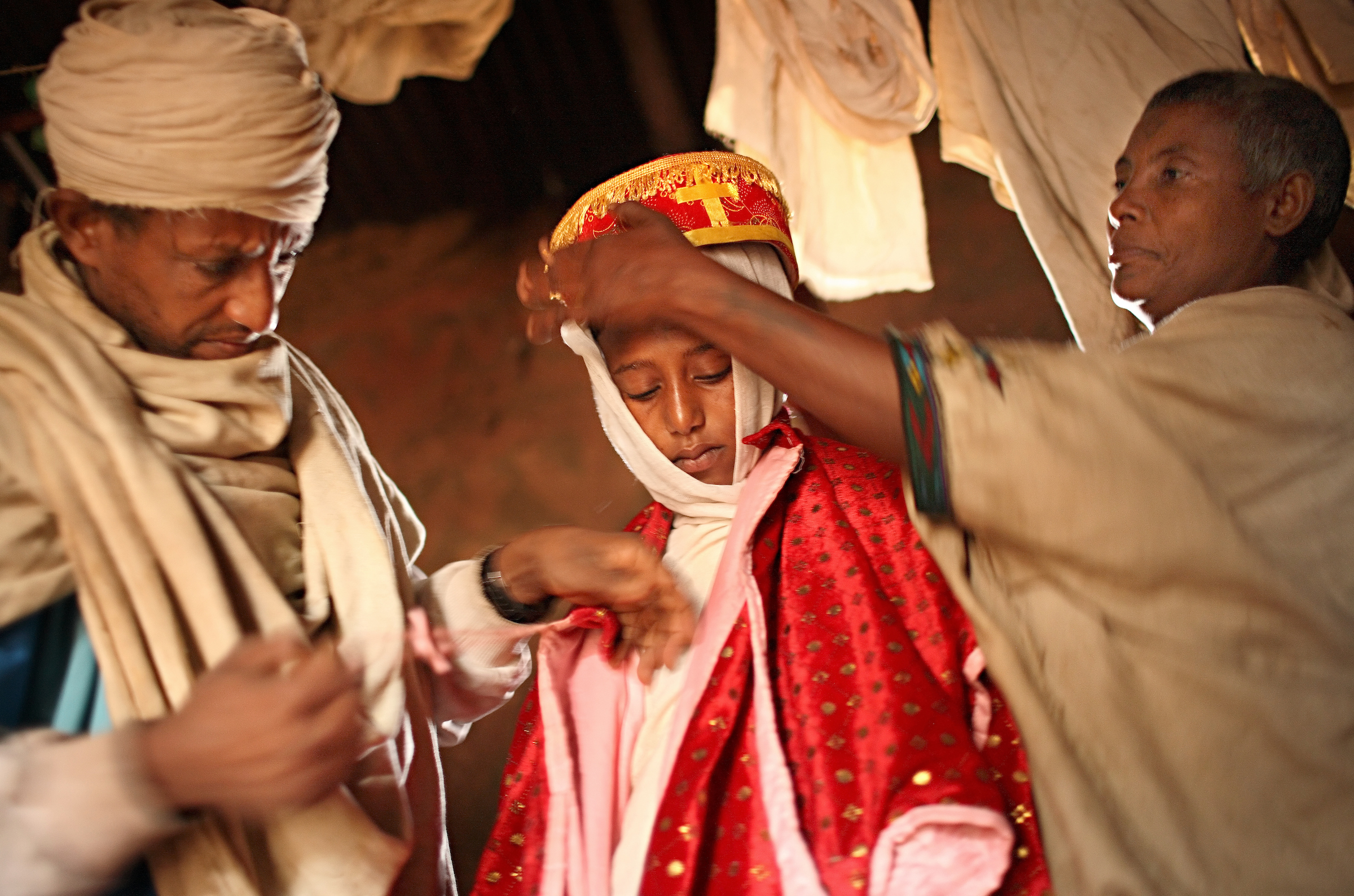 Destaye, 11, is dressed in traditional Ethiopian Orthodox wedding attire for her marriage to Addisu, 23, a priest. 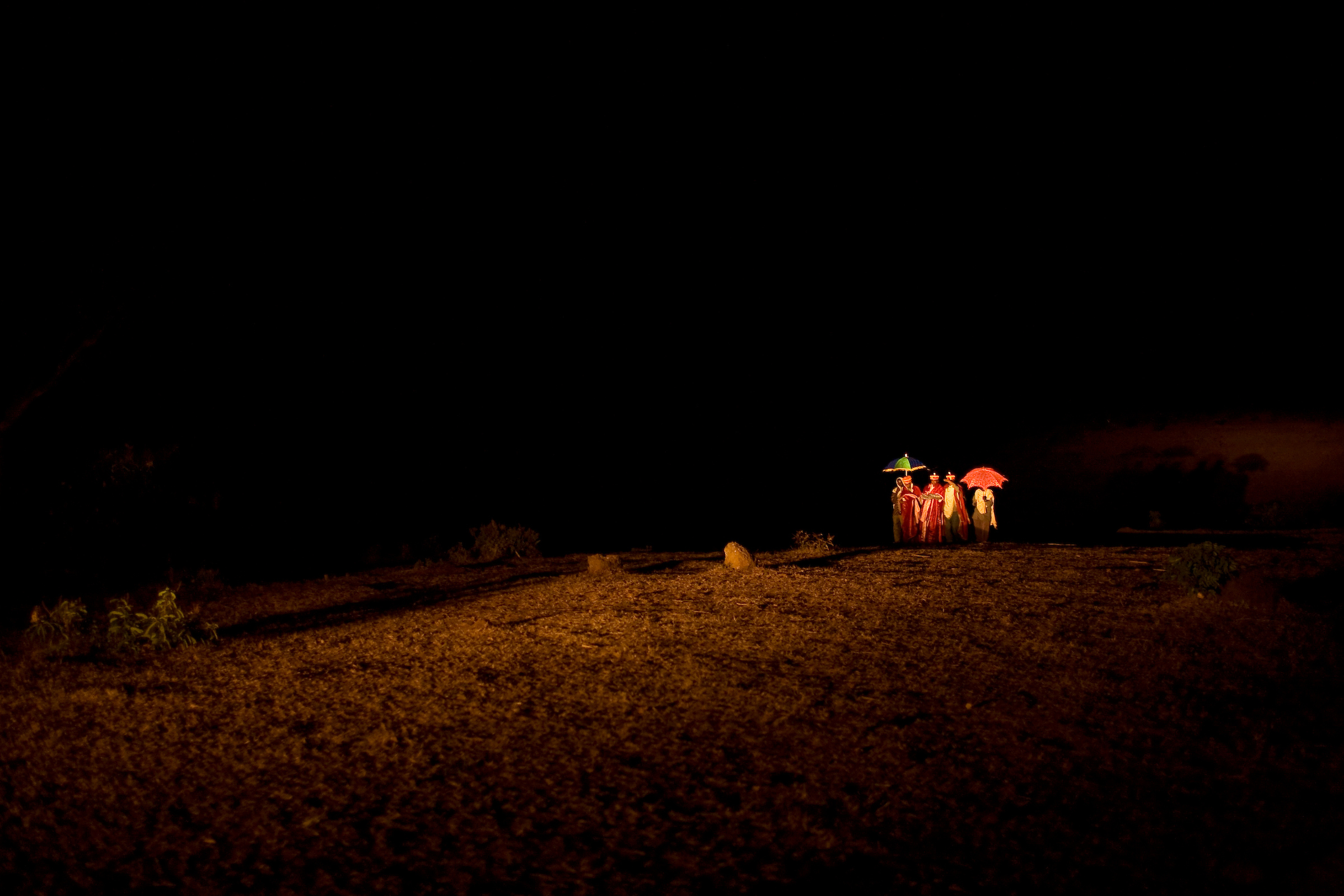 As per religious tradition, Addisu, 23, walks with fellow priests to retrieve his new bride on the evening before his wedding day. 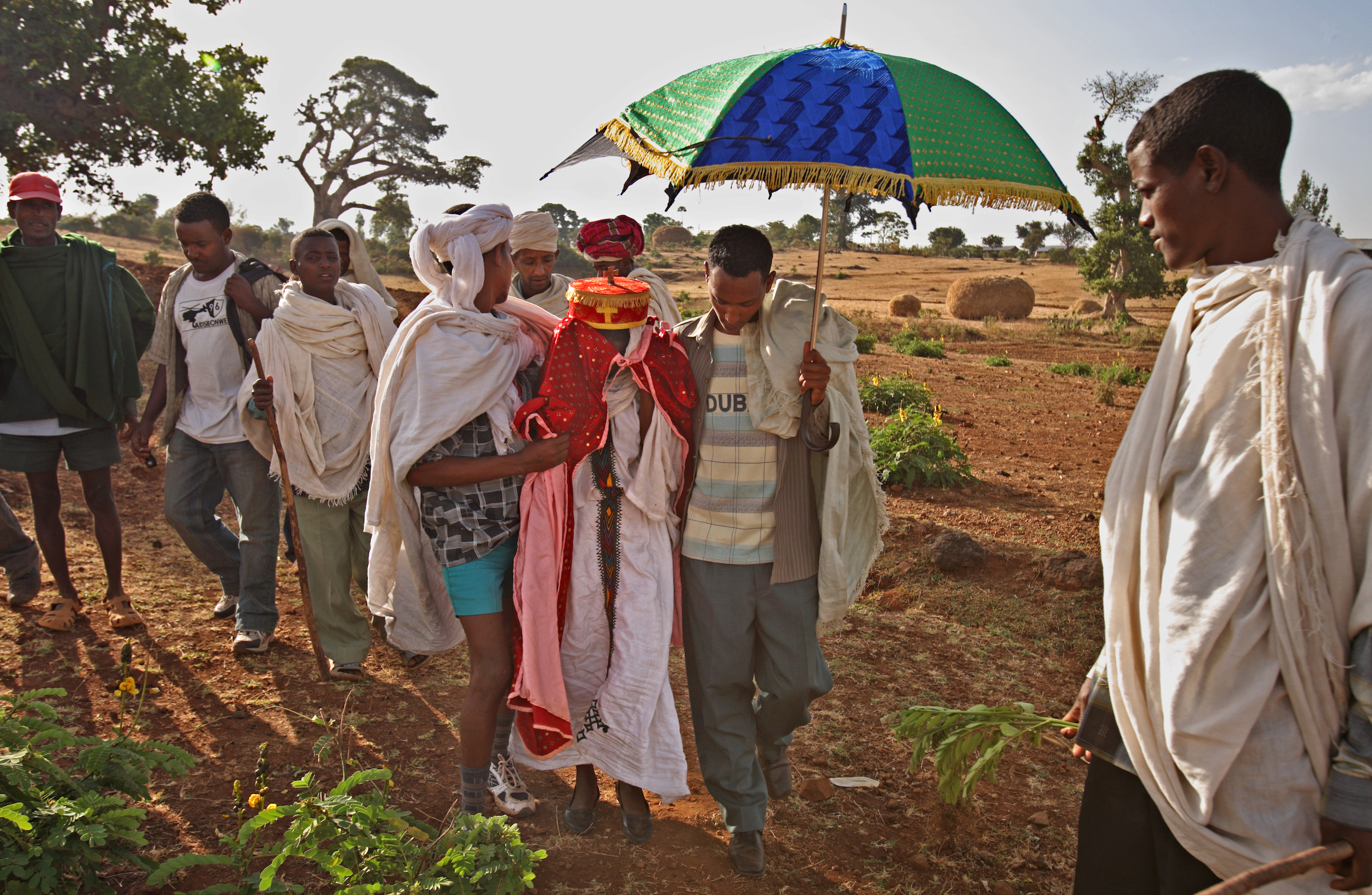 Escorted and encouraged by the wedding party, new bride Destaye, 11, reluctantly approaches the home of her new husband. 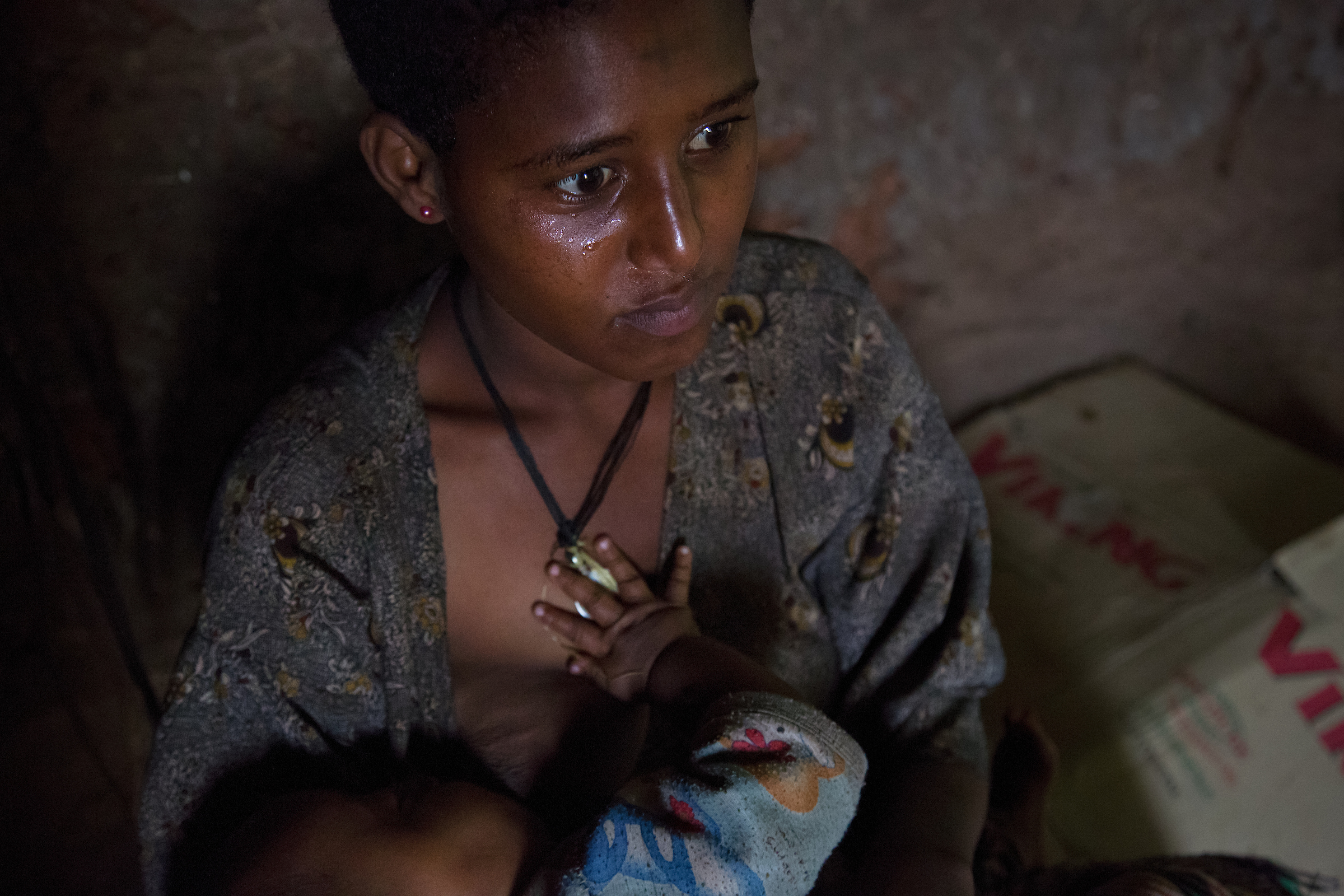 Fifteen-year- old Destaye breastfeeds her son inside her home. Girls married at such young ages rarely have any say in family planning. 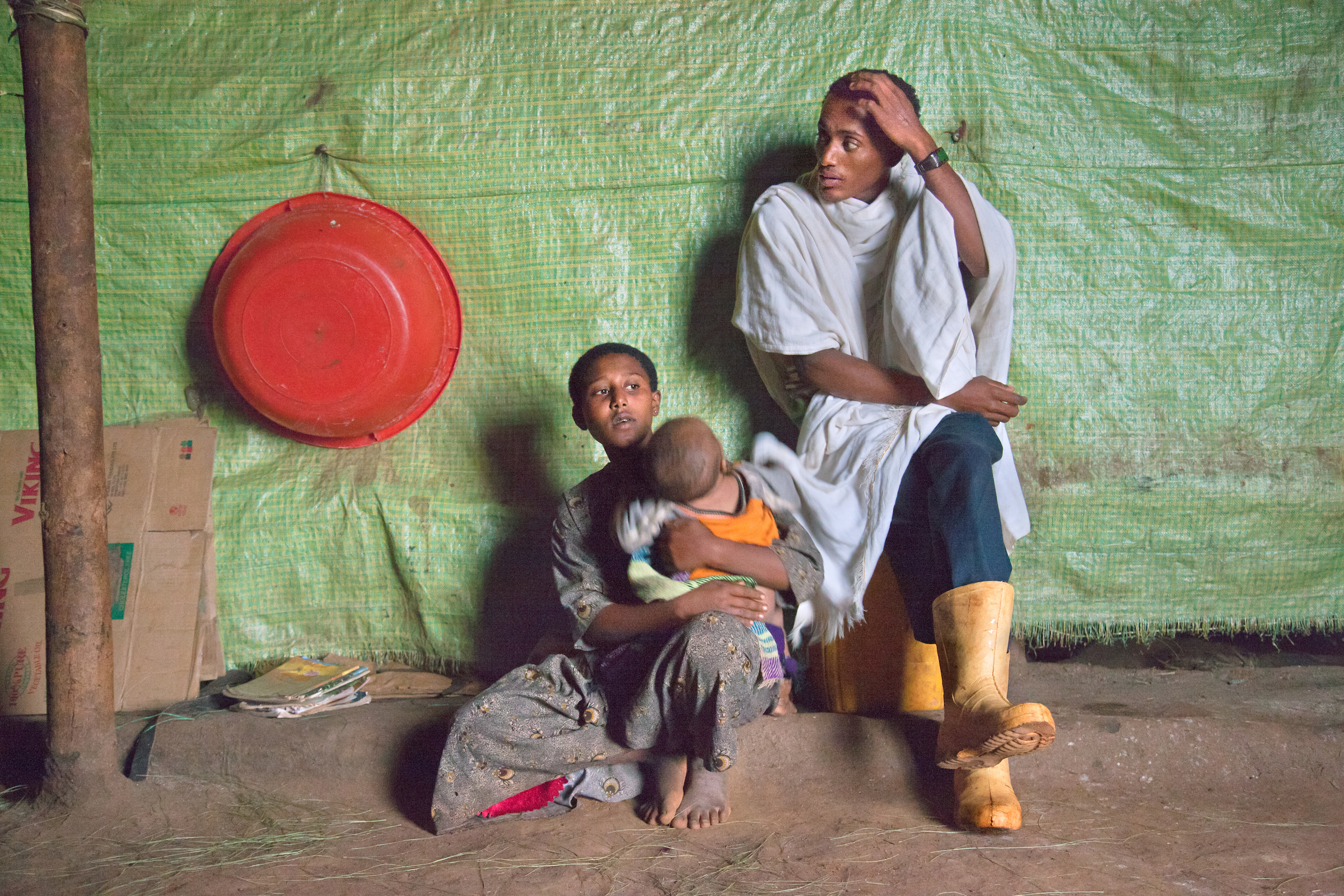 Fifteen-year- old Destaye and her husband Addisu, 27, at home with their son. The family had hoped Destaye’s short time in school would be enough help them prosper, but they remain in poverty. 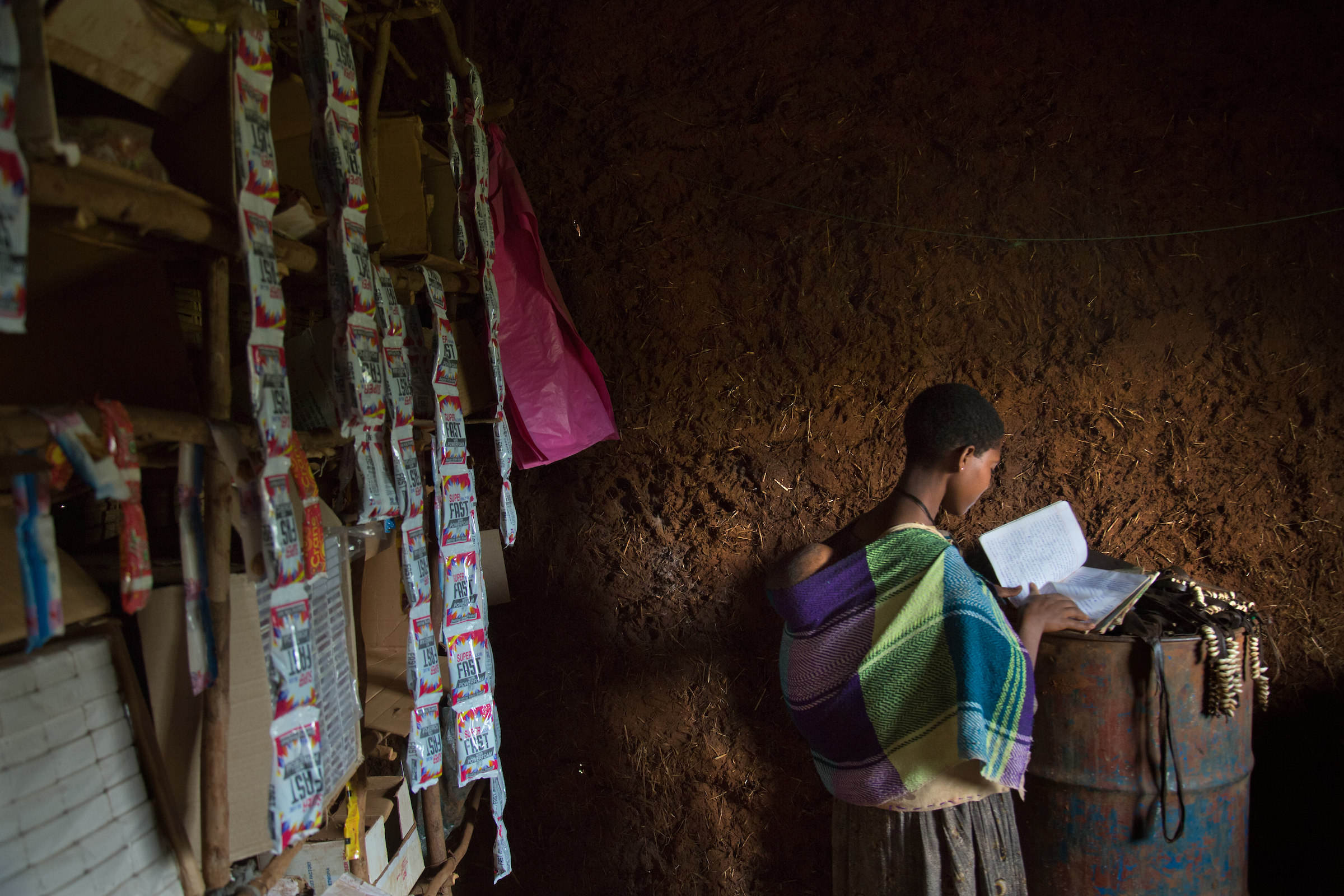 Destaye, 15, looks through her old schoolbooks in the store she and her husband Addisu, 27, run out of their home. Destaye, despite teasing from her community, intended to stay in school. After the birth of her son, however, Destaye no longer had time for classes. “I feel sad because I quit learning,” she said. 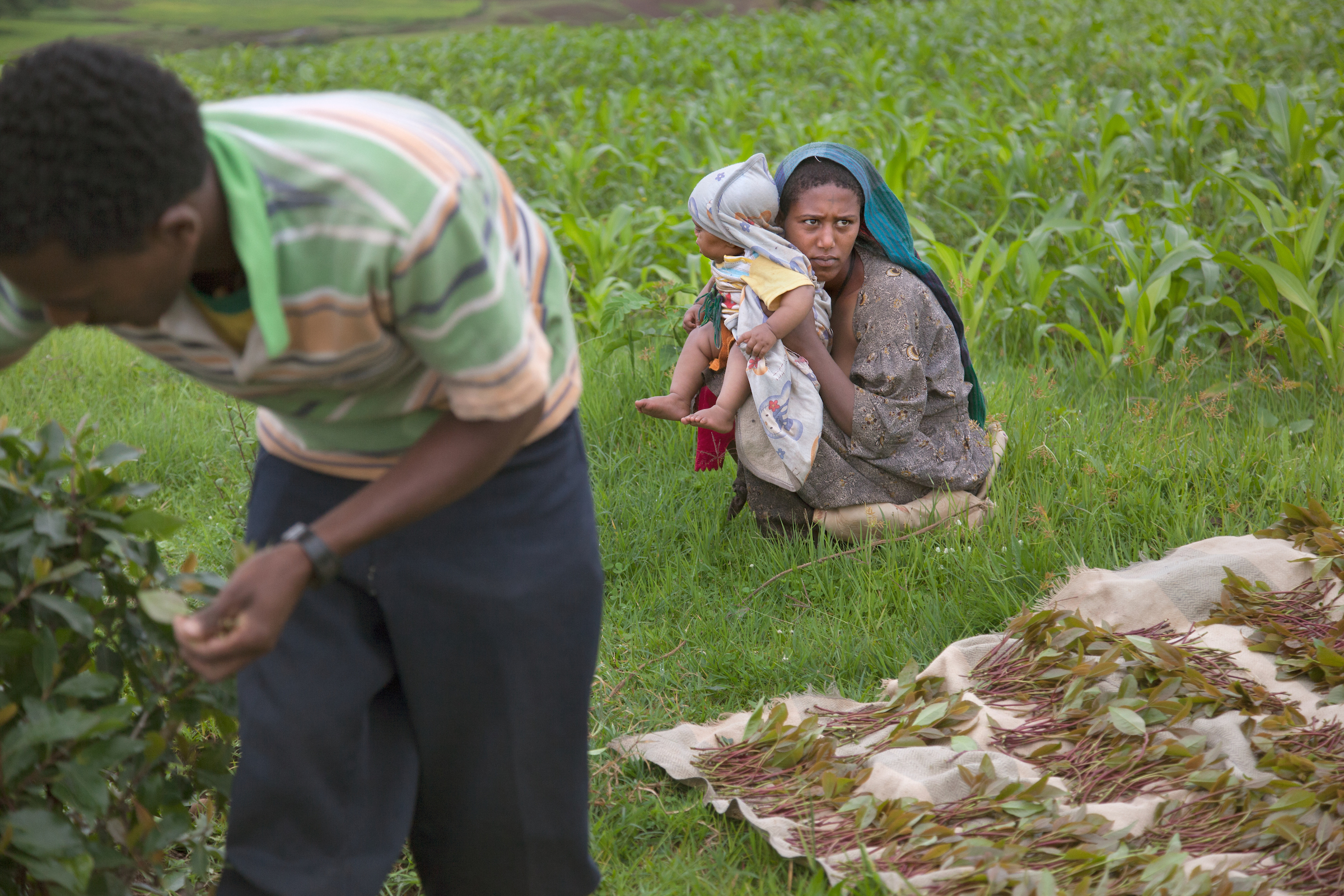 Destaye, 15, and her husband Addisu, 27, divide their time between working in the fields and taking care of their 6-month- old baby. Like many other young couples, they tend to the domestic, economic and personal demands of being young parents. 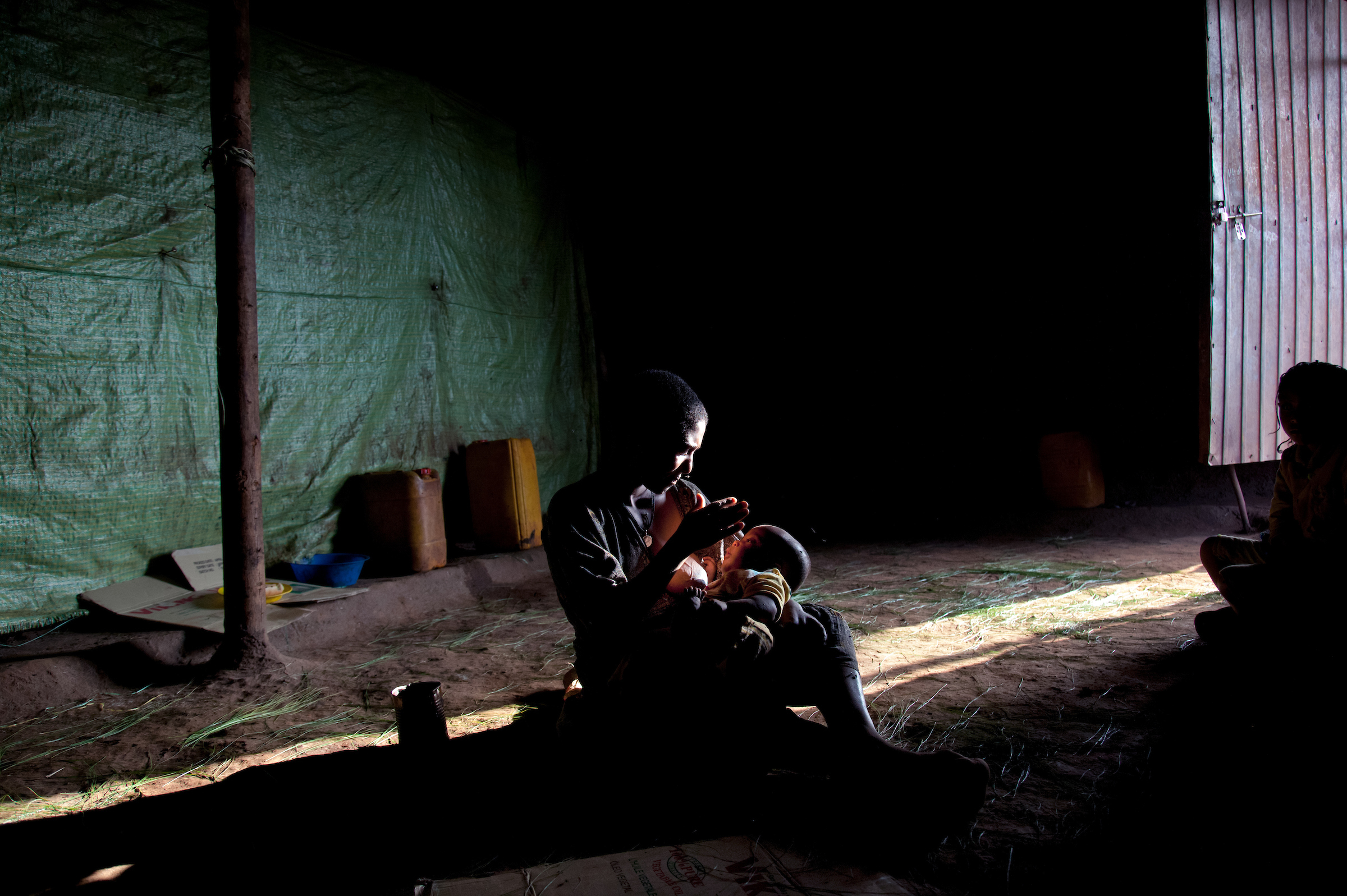 Fifteen-year-old Destaye breastfeeds her son inside her home. Her marriage to a priest made access to contraceptives impossible. 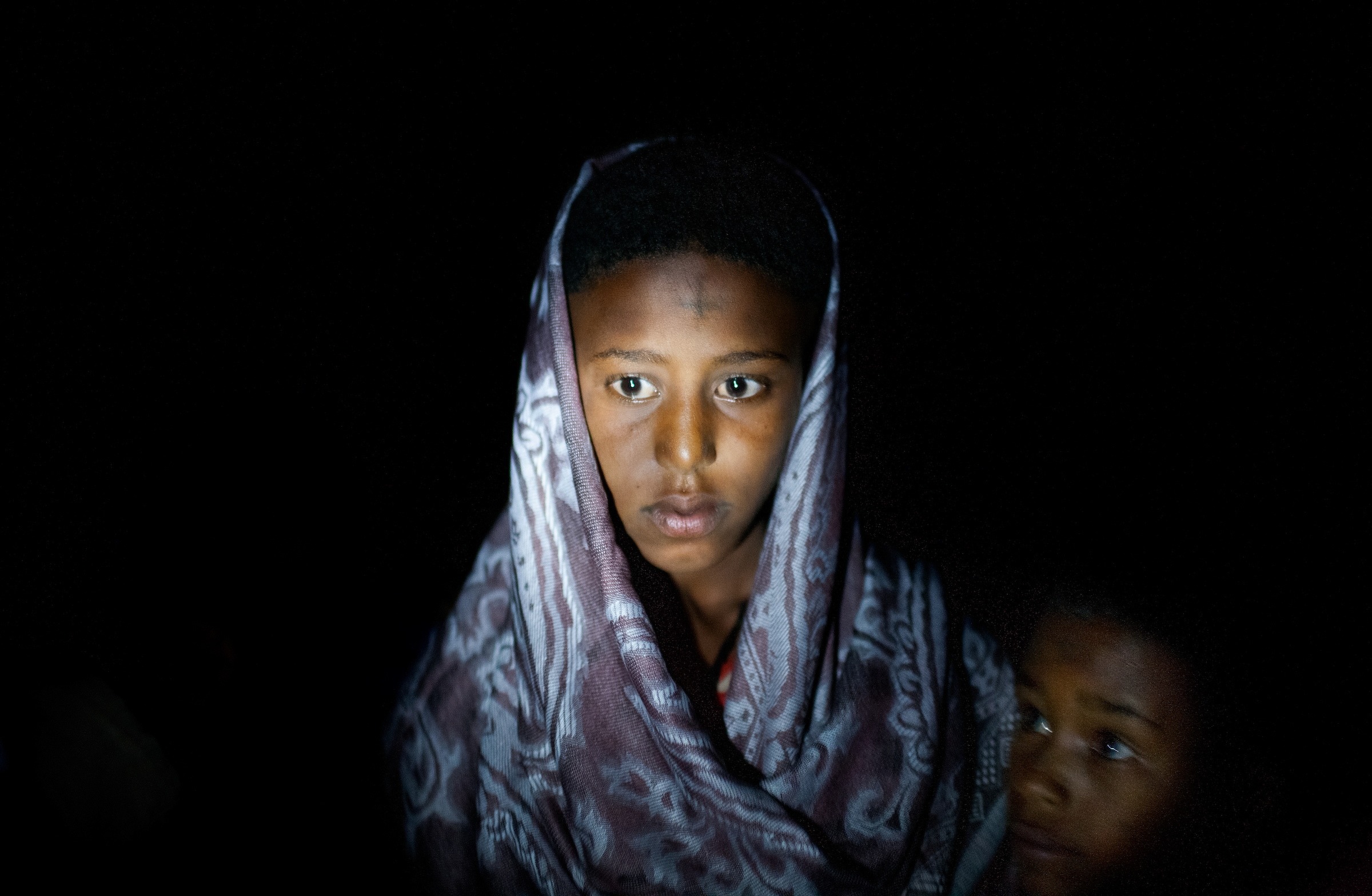 Lit by flashlights, eleven-year- old Destaye, has a scarf placed around her head as her new husband enters her home before their wedding. 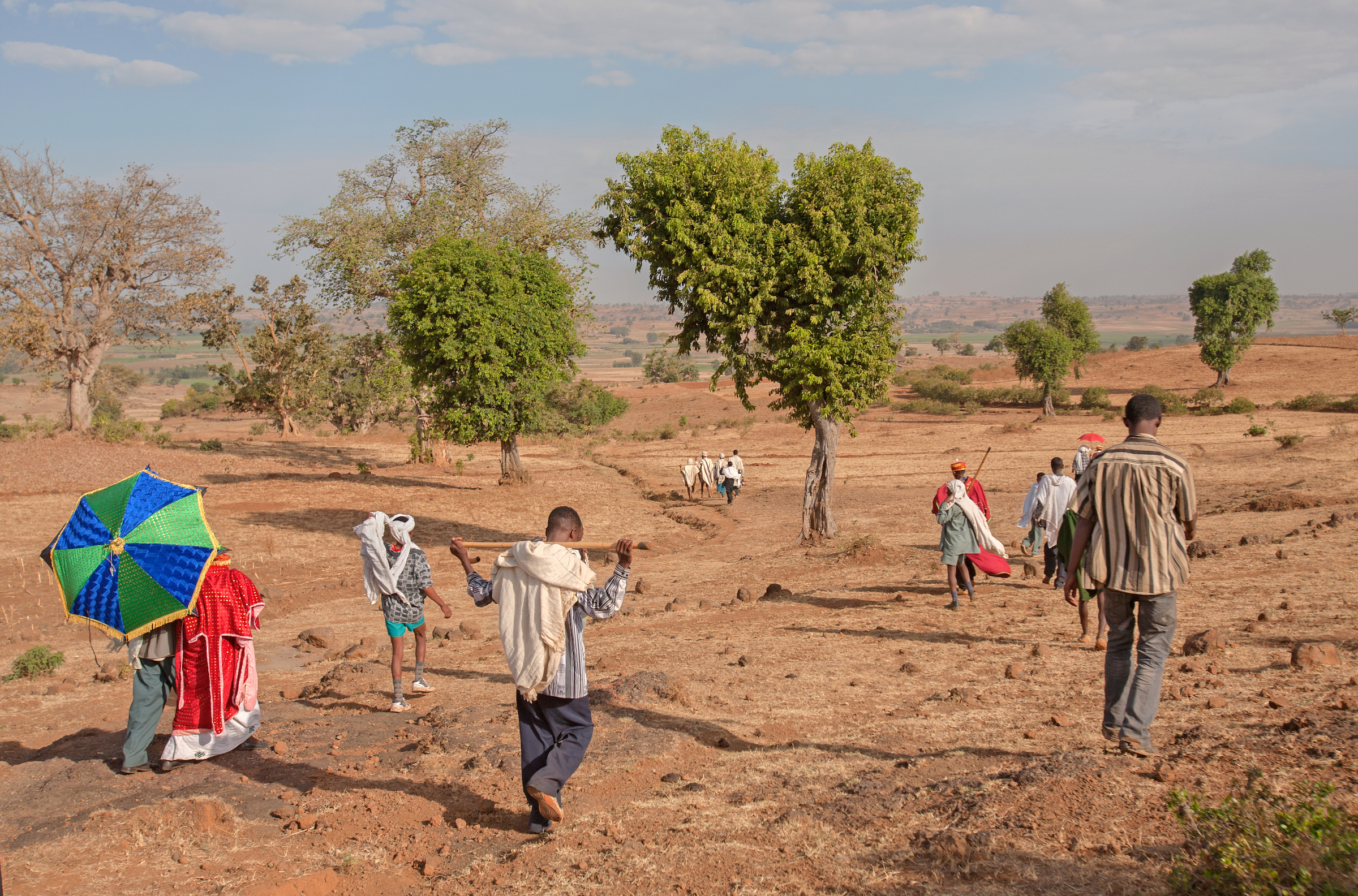 Addisu, 23, and his wedding entourage take his new bride Destaye, 11, to his family home after their wedding ceremony in 2008.